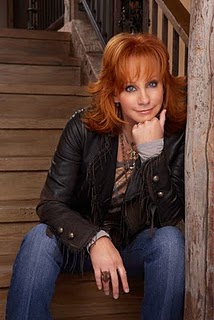 Singer-producer-actress Reba McEntire is one of the most beloved acts in country. Her fans have been with her throughout 30+ years in the industry and continue their devotion. Whether it’s traveling hundreds of miles to witness her live or sleeping outside overnight before an autograph signing, they demonstrate their loyalty. At 2009’s CMA Music Festival press conference, McEntire explained what makes the festival so special, her admiration for Taylor Swift and Kelly Clarkson and her constant amazement of fans. Read below to find out more.

Your fans are very devoted. What are some of the fun things they’ve done for you over the years?
Oh my gosh, there are so many. When we were doing our backstage fan club program we would play fairs and have to empty the grandstands and then bring the fans back in. I had to hold the microphone and we would take questions. We didn’t do a meet and greet, per say as far as take pictures and sign autographs. We would just visit. That was the thing I loved most of all about the backstage program. They are very loyal, very sweet and some of them have been with me for over 30 years.

You were in the autograph booth for the first time in 13 years. How long were you autographing? What are some of your experiences, anything particularly moving?
Two hours, we went from 3-5 o’ clock. A cute little boy, his name was Riley and he was six-years-old. I got in a picture with him. I got down on my knees, and when we were saying goodbye he said, “Ms. Reba, can I come see your house?” I said yes. What else you gonna say? He was just a doll. There was one lady who told me she was reading my book, Comfort From a Country Quilt, when her mother was passing away. At the end of the book there is a title of a song and she said, “I didn’t know much about your music until this book and that was the last thing I was reading when my mom passed away. Would you sign this page?” It got us all very emotional.

A lot of those fans came down last night and slept outside to see you. What are your thoughts on their dedication?
It never ceases to amaze me, the dedication of the country music fan. They always come up with something new for me to go, “Wow. Now why would you do that?” But they were there, they’ve always been there.

Can you talk about your new album?
Sure. It’s called Keep On Loving You. It’s an eclectic group of songs. It’s got a story song in it. It has a western swing, bluegrass song, feel good time songs, sassy songs. It’s got songs for all age groups.

I read that you credited Kelly Clarkson with inspiring the new feel of the album. Can you talk about her influence on your sound?
Kelly Clarkson and I toured last year in the spring and fall and we stayed onstage the whole time together. So, she was singing harmony to my songs and I was singing backup harmony to her songs. When you’re singing to “Miss Independent” four nights a week, you’re having a big time getting that attitude going. So, when I started listening to songs, that’s what I was looking for. Attitude, sassy, women’s songs. It really made a huge difference.

Does anything make you nervous?
The thing that makes me the most nervous is a new outfit or new shoes. That’s why I’ve worn these boots since 2001. I’ve had them resoled probably 10 times. I’m getting to the point in my life where I like to be comfortable and I like security. That’s what really makes me very, very nervous. My advice to young entertainers is never wear new shoes. If you’re going to wear a pair of shoes to the awards show, wear them two weeks before. Break them in.

What makes CMA Music Festival special compared to other festivals?
Well, this festival is different because it’s for the fans. Everybody is here, but we all know it’s Fan Fair. It’s for the fans. That’s what makes it special. It’s our thank you to them.

13 years ago you probably signed autographs in Sheep Barn. Can you describe other ways that process has changed over the years?
Air conditioning is the main thing. To not sweat. They had told me that they cranked the air conditioning down, so be prepared. So I wore long sleeves and a t-shirt underneath just in case and I was just perfect. That’s the biggest difference that I can find.

Well, 13 years ago Taylor Swift was about this tall. What’s it like to be a veteran in the industry and to watch her grow as a woman and as an artist?
I’m thrilled to be in the same business as she’s in because I’ve learned from Taylor. She’s a very smart, old soul and she’s very in tune with what’s supposed to be going on. She knows how to think. She has a very great business sense so I like to eavesdrop in on what Taylor’s doing. I always learn something.

Everybody talks about you as an influence. Do you see your influence as a businesswoman in country music, or as a vocalist? Which do you see being imitated more?
I think I’ve always considered myself a stylist more than a vocalist. Businesswoman, absolutely. In the 80s I was saying to my manager and booking agents, “I want one agent to deal with my career. Not 10 different agents, we are getting all mixed signals here.” Back when I didn’t need to be playing arenas, they were booking me in arenas and it looked like sound check.  I said, “This has got to stop.” And they said, “No, well we don’t do it like that.” So after I let my manager go, divorced my husband and made my tour manager my manager, Narvel Blackstock and I started Starstruck Entertainment and we got a promoter and a booking agent that only dealt with me. That’s what I know worked real well because I wanted that personal, individual attention. I didn’t want to be divided with 15 other artists. I had to have the individual attention. Being a businesswoman is very important in this way of life. Look at Dolly Parton. I learned a lot from her. And now I’m learning from Taylor also.

This is great. I saw little clips of Reba talking to the press at CMA Fest and some of these were the questions and answers word for word. Was that where this came from? It's nice to read the entire Q&A; session though. I've never heard Reba say she considers herself more of a stylist than a vocalist. Personally, I think she is both.

Thanks! Yup, this is the press conference at LP Field the night of her performance at last year's CMA Fest. Glad you enjoyed it 🙂

What a wonderful concert. My husband and I had got tickets from Ticketsinventory.com at discounted prices and a big "Thank You" to Ticketsinventory for Reba Mcentire Tickets .We drove from the Lewiston-Clarkston area to attend Reba concert. It was our first, and won't be the last. Being a Music teacher, I've followed Reba's career since the first interview I saw years ago. Believe me, there is nothing like Reba and George Strait show.