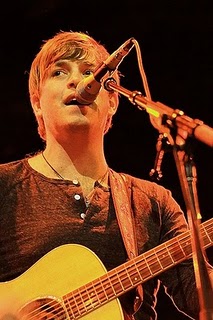 During his opening set at Nokia Theatre last week, Barnes joked with the crowd, had them cheer on cue and even brought out Lady A’s Hillary Scott to share the stage. “Dave Barnes is one of the sweetest and most talented guys I know,” Scott told the sold-out audience.

With his recent release, What We Want, What We Get, topping the iTunes charts, singles “God Gave Me You” and “Little Lies” receiving radio airplay and a tour with Brandi Carlile in the works, you can expect to hear much more from Dave Barnes in the near future. To learn about his latest album, songwriting process and the Nashville music scene, read below. 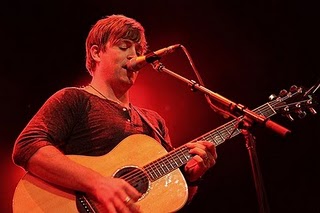 I caught your set opening for Lady Antebellum and the crowd loved you. Do you prepare any differently as an opening act than a headlining show?

Yeah. I really want to respect them and make sure they don’t feel like I’m trying to do my own thing too much. The deal with the opener is you’re trying to set up the closure to win. But it was fun, it was really fun.

Was the recording process any different on What We Want, What We Get from previous albums?

No. It was the same producer, Ed Cash. He’s done the last few records. The only thing that was different was that we rehearsed the songs before, which I’ve never done. I think it helped once we got in the studio, because we knew the songs and were a little more rehearsed. We took time off to record, so we had a chance to get them under our fingers so we weren’t walking straight in and didn’t have to figure them out on the spot.

I love “Little Lies.” What was your inspiration for writing it?

It’s as much to myself as it is to my wife. It’s a reminder to me that, “Hey it’s okay. Everything’s going to be alright.” And at the same time, it’s beating myself up about not being the man I want to be or the husband I want to be. I like the music because it’s still up. I really, really like it because it’s up and happy and it’s not too sad or distraught.

What’s your typical songwriting process like? Do you always carry a notebook around?

The beauty of the iPhone is that I can record so many ideas, both lyrically and melodically in there. It makes it a lot easier. I’m not having to struggle along and try to sing a melody 15 times so I remember it. I’m able to file stuff away which is so convenient. I’ve heard of guys calling their answering machines back in the day and all these different ways for remembering stuff, but now it’s just so much easier.

You wrote your current single, “God Gave Me You” about your wife. Do you feel it’s easier to write about real relationships or do your write about fantasy as well? (video below)

I try to keep it as real to life as I can. For me, I think I sing it with more conviction. And, it’s hard for me to write from a place that’s not true. It feels a little concocted.

Is there a song on the album that means more to you than the rest?

Lyrically, I really love “Amen.” I love what it has to say. But all of them, thank goodness, really resonate. It’s like children, it’s not that you like one more than the other, but they all mean something different.

You co-wrote two songs with Nashville artists, Trent Dabbs and Gabe Dixon. How is co-writing different then when you write by yourself?

By myself it is more work, which I really enjoy. I enjoy the work, not everybody does. It’s more of a challenge, but you also have more freedom whereas co-writing with someone is a lot quicker. The flow of ideas is faster paced. It can be so fun because sometimes by yourself it just gets so frustrating and laborious and it just feels like it’s taking forever. When you write with someone else, if you can’t find the groove they may be able to so it’s helpful.

What is it about the Nashville scene that’s so different from the rest of the country?

I’ve been reading so much about the floods. How can people get involved and help out?

There’s a lot of great stuff online. I’ve been following this one Twitter feed that is Nashvillest. They have tons of great ways to get engaged. I’m excited about getting home because I want to see what I can still do. Being gone the whole time has been really hard to watch from afar.

You went to Africa last year. How did you get involved with Mocha Club?

I got involved because my best friend runs it and he came to me about four or five years ago right when it started. He told me about it and then he took me on a trip to show me what they’re doing. I was in, I thought it was awesome. It was a pretty easy sell. It wasn’t something I was very skeptical of. It’s been awesome to see the amount of people that have joined with us as we do it. I think we may be going back this summer.

What are you thinking about while you’re performing?

When you told the crowd it was your birthday and you wanted them all to scream, were you afraid that they wouldn’t?

The music industry isn’t the easiest to break into. What has kept you motivated?

A lot of it was, it’s just such a muse. It sounds redundant because it’s in the name, but it really is. There are so many things I want to say, so many ways I want to say it. There is still so much to be conquered and explored.