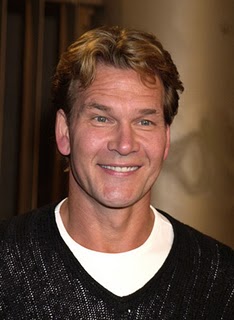 It has been reported that Patrick Swayze has died today, at the age of 57, after his long battle with pancreatic cancer. Perhaps known best for his performances in films like “Dirty Dancing” and “Ghost,” it is his advocacy over the years that has been an inspiration to many. Follow CNN’s breaking coverage as more information is disclosed here.

I was fortunate to have met and interviewed Swayze while in college at a heart disease awareness event. You can read all about it from my previous blog post here.

Earlier this year, Swayze was interviewed by Barbara Walters’ where he talked in depth about his battle, his journey and his career. Watch the opening segment of Walters’ interview below. For the remaining clips of the interview, go to YouTube.

Nearly three years ago, while writing for my college paper — Rutgers University’s Daily Targum — I was assigned to cover a heart disease event at one of the local hospitals. None other than Dirty Dancing star Patrick Swayze would be making an appearance and talking about the disease, as it hit close to home for him having both his father and grandmother die from heart disease.

In addition to the assignment of attending the event, I was also asked to write a preview to bring awareness to the campus and surrounding communities. After speaking with one of the organizers I found out the event was sold-out; not a huge surprise given the notoriety of Swayze. I knew I had to start the article with something extremely catchy, but intros were always my weakness. While brainstorming with some roommates it hit me — possibly the most famous line from Dirty Dancing was in the final scene when Swayze goes up to Baby’s parents and says, “Nobody puts Baby in the corner.” So, why not turn that around to heart disease since he’s been a major advocate for promoting education of the disease? Alas, that’s where — still to this day — my favorite intro comes in: Patrick Swayze doesn’t put heart disease in the corner.

The day’s event was a huge success with well over 600 people attending. I was struck with how down to earth and comical Swayze was throughout the day — even grabbing one of the announcers to dance with him. At one point the press was ushered over to him for a quick Q&A.; I remember being so incredibly nervous introducing myself and shaking his hand (I’m talking to Patrick Swayze!!??) but he was so humble and politely asked how I was while answering all of my questions honestly and sincerely.

Below I’ll include my full write-up of the event as well as Barbara Walters most recent interview with Swayze. For those of you out of the loop, Swayze is currently battling with pancreatic cancer. Walters interview last week was his first public interview since being diagnosed with cancer over a year ago. An extremely moving interview, it’s really remarkable to see his positive outlook on life and his conviction to beat the odds and survive until they find a cure. 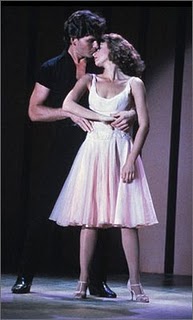 Patrick Swayze doesn’t just want you to have the time of your life; he wants to make sure it lasts.

On Saturday at the third annual Day of Dance for Heart Health at Robert Wood Johnson University Hospital, Swayze — star of Dirty Dancing — was on hand to inform women about protecting themselves against heart disease.

“I know so many women take care of their families and not themselves,” Swayze said. “To me, if we start this concept of taking care of ourselves we might take care of the planet. If we don’t, we’ll never break the vicious cycle [of heart disease].”

“When it’s so curable, why should women die?” Swayze asked. “It’s so easily fixable.”

More than 600 people swarmed the Arline & Henry Schwartzman Courtyard of RWJ Saturday afternoon in an effort to learn about heart disease and prevention.

Marianne Balay, assistant vice president of Medical Affairs at RWJ, opened the event with a welcome address and a speech titled “Love your Heart” — addressing various symptoms women may feel and disregard, not realizing they can be attributed to heart disease. Heart disease kills more women than all cancer combined, Balay said.

“There is more to women’s health than just the anatomy that makes us different from men,” Balay said. “We don’t want women’s heart disease to be confused, dismissed or disregarded. We’re doing this to win the war.”

Other speakers addressed the crowd, such as Dr. Archana Patel, who spoke of symptoms of heart disease and ways to prevent it by maintaining a healthy lifestyle. Jeff Levine was also on hand to talk about his appearance on the NBC reality show, “The Biggest Loser.”

Weighing more than 400 pounds at the time, Levine submitted a video to appear on the show. By exercising four to six hours a day and controlling his diet, he lost a total of 183 pounds since being on the show. “I consider myself an obesity survivor,” Levine said.

The program also included a demonstration by Bryan Fischberg from RWJ Emergency Medical Services on how to use an Automatic External Defibrillator to save someone having a heart attack.

When Swayze did arrive, he was greeted with an enthusiastic standing ovation as music from the movie Dirty Dancing played over the speakers. Swayze told the crowd he was bad with speeches, but said he felt if you talk from the heart, people hear you.

“It’s amazing to me that heart disease is the number one killer [of women],” Swayze said. He talked about ways women should take care of themselves and go to the hospital if a symptom appears.

Watch the opening segment of Barbara Walter’s interview with Patrick Swayze below. For the remaining clips of the interview, go to YouTube.