I don’t think I’ve ever laughed at a concert as much as I did tonight during #tinpansouth Review coming tomorrow! #Repost @soundslikenashville with @repostapp ・・・ Loved learning the stories behind the massive hits @olddominionmusic’s Matthew Ramsey and Trevor Rosen have had over the years along with @shanemcanally and @joshosbornesongwriter tonight at #tinpansouth25. “We are living our wildest dreams,” Shane says.

The 25th Annual Tin Pan South Songwriters Festival was held last week in Nashville, Tenn. The world’s largest songwriters festival, the week included nightly showcases around Music City featuring some of the biggest talent in country music. I was on hand to cover the festival where I spent my nights catching sets by Old Dominion, Mickey Guyton, Kristian Bush, Craig Campbell and many more.

The combined talents of Old Dominion’s Matthew Ramsey and Trevor Rosen alongside frequent collaborators Shane McAnally and Josh Osborne amass countless No. 1 songs that include everyone from Kenny Chesney and Dierks Bentley to Miranda Lambert and Sam Hunt. The friends and co-writers kicked off night one of the 25th Annual Tin Pan South Songwriters Festival on Tuesday (March 28) at The Listening Room in Nashville where the evening served as part writers round and part comedy show.

Ramsey, Rosen, McAnally and Osborne have been writing together for years and that camaraderie was showcased throughout their 90-minute set as the good friends frequently finished each other’s sentences and poked fun at each other. “We’re going to play some songs for you guys,” he told the packed room. “Hopefully you’ll know some of these. We are not all collectively Old Dominion but half of us are.”

McAnally then jumped in, pointing to Ramsey and Rosen while telling the crowd they were Old Dominion and he and Osborne were Young Dominion as the audience laughed. After back-to-back No. 1 songs with McAnally’s “American Kids” which was a hit for Chesney and Rosen’s “Sangria” which topped the charts for Blake Shelton, it was Ramsey’s turn to play.

“I remember moving to Nashville and wanting to be a part of Tin Pan South and I couldn’t afford to even come into a show so this is nice to be here,” he reflected. “It’s even weirder that I’m about to play a song that’s a hit that I wrote that I also am in the band that performs it. It’s pretty mind blowing whenever that happens.”

He then segued into Old Dominion’s most recent No. 1 with “Song for Another Time” as fellow band member Rosen assisted on guitar and harmonies. For my complete recap on their showcase, visit Sounds Like Nashville.

The Late Late Night with Creative Nation showcase at Tin Pan South 2017 was one not to be missed and those attending the songwriters festival were well aware as the line to get into the show wrapped around the building and down the street of the Listening Room. For nearly two hours on Wednesday (March 29), those lucky enough to get in the door witnessed four of Nashville’s most respected songwriters perform up-close and tell the stories behind their hit songs.

Longtime friends and co-writers Natalie Hemby, Lori McKenna, Luke Laird and Barry Dean, all writers with Creative Nation, played in the round and the evening tugged on the emotions. At one point, after several heavy-hitting songs were played, Dean joked that maybe Kleenex should be a sponsor while Laird advised the audience to take an Uber home.

“After a night of hearing some more of these songs you may want to call an Uber. There is going to be a lot of alcohol sold and a lot of picking yourself up off the ground,” Laird reasoned.

Fittingly, Hemby kicked off the round with her most recent No. 1 song, Justin Moore’s “You Look Like I Need a Drink.”

“If you live in Nashville you have to write a drinking song eventually,” she mused. “We’re a drinking town with a music problem.” Read my recap here. 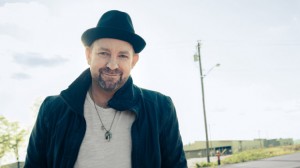 Not many people have heard Kristian Bush‘s upcoming solo album Southern Gravity, which is due for release April 7. So, when I sit down with the country singer in Nashville for an interview and tell him I love what I’ve heard, he jumps out of his seat, a smile beaming across his face, and gives me a big hug.

“So very people have heard it, and I’m freaking out because fans are pre-ordering now, and it hit me two days ago,” he says excitedly. His voice is softer now, like he’s sharing a secret between friends. He’s genuinely excited about getting his new music out into the world, but also, understandably, a little anxious. This is, after all, his first solo album since his band Sugarland went on hiatus.

Fans, apparently, are excited to hear the music, too. As Bush relates, “When all those orders came in, they called me and said, ‘We’re out of the pre-orders. We need to reorder again.’ And I was like, ‘OK! That’s good news.’ And 20 minutes later I was like, ‘Oh no, they’re all going to hear it!’ It’s all starting to sink in.”

While country fans know Bush very well as one-half of Sugarland, many aren’t too familiar with his voice (his Sugarland partner Jennifer Nettles handles lead vocals). This fact is not lost on him. And the excitement for an album release isn’t, either.

Bush says his new music will be a discovery process of sorts for people, as they’re now just figuring out what part of the DNA of the band he is.

“If you’re just a complete stranger and you’re like, ‘I love that song. Who’s that?’ That’s fun for me,” he admits. “It’s nerve-wracking and kind of fantastic.”

Interestingly enough, Bush said not even his closest friends have put his voice and his current single “Trailer Hitch” together.

“They don’t connect the dots yet,” he says. “That’s the piece I think that’s interesting about that song. As soon as they start to go, ‘Oh!’ Then it’s the fun and the stories and the grooves you expect from Sugarland, except it’s me singing.”

Read my complete interview with Kristian Bush on Radio.com. His debut solo album, Southern Gravity, will be released on April 7.

Kristian Bush was such a delight to talk to. The writer behind many of my favorite Sugarland songs, I was excited to sit down with him and hear how being a solo artist is different than being in a duo and where his song ideas come from.

“You’ll notice that it’s me singing and that will really tie it together,” he said with a laugh.

The first single off of his debut solo album Southern Gravity is “Trailer Hitch,” which came to be after a writer friend of his walked out the door and said, “I’ve never seen a hearse with a trailer hitch.” Kristian knew immediately they had to work on a song that discussed that exact sentiment.

“As we went through it, it was very easy to walk into the shoes of, ‘Let’s write a song that’s fun that has a message that also matters. Let’s just not bang over anybody’s head with it.’ We probably have one too many things in our life. All of us. We can probably give at least one of them back or away,” he said. “You can’t take it with you when you go. It is a question and it isn’t an answer of a song. It’s just a question, why do we all want to die rich? Isn’t there something we can do with that?”

In addition to making the listener ask questions, Kristian hopes to cast a spell on his listeners.

“I would say the spell that I’m casting is love the life that you’re in. Stop wishing for it to be something else. Be comfortable with who you are and then watch dreams explode on you,” he said. “Anything is possible.”