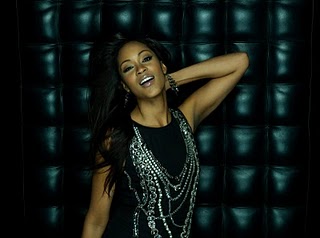 With her soulful voice and catchy beats, Bajan singer-songwriter Shontelle is making a name for herself in the music scene. The 23-year-old has toured with big name artists including Beyonce and New Kids on the Block. Additionally, she recorded “Stuck With Each Other” with Akon while Rihanna, Alison Hinds and J-Status have performed Shontelle’s song, “Roll.”

Gearing up for her second album release later this summer and a performance at June 10th’s Girls Who Rock benefit concert for She’s the First, Shontelle shows no signs of slowing down. To find out more on Shontelle, read below and visit her Web site.

What first sparked your decision to pursue a career in music?
I always wanted to make music. It was the only thing I never got bored of. Still is. I made the final decision to pursue mainstream music professionally when SRP Records contacted me and offered me an opportunity to sign a production deal with them. I couldn’t turn it down.

What inspires you?
Life in general for the most part. I’m obsessed with life.

What are some of the obstacles you’ve faced? How did you overcome them?
The biggest obstacle I’ve faced in music is proving that I have something beautiful and enjoyable to offer. In the beginning I felt a crippling resistance. I wasn’t sure why. But it felt like climbing the steepest, tallest mountain, with no tools, forever. Like struggling to breathe every day. It’s not easy trying to get complete strangers to believe in you. I still have a lot to overcome but I feel like I have come really far. I just try to stay focused on my goals and aspirations. When I look back on my life, I think to myself, “Why on Earth would I start walking backwards now?” So I guess I’m simply determined.

What’s your songwriting process?
It’s random actually. There really is no specific procedure I have. It varies. I just write when something comes to me.

What was your favorite subject to learn in school, besides music?
I love Spanish, Geography, Art and Biology. Hated Math. Still do! Numbers….not my thing. I’m logical yes, so I’m good with Semantics. I guess that’s why I also enjoyed studying Philosophy, but figures and numerals and formulas just make me short circuit!

What were you the first to do?
I was the first person in my family to be enrolled in the highest ranking high school in Barbados. I was pretty proud of that. I was even prouder when all two of my younger sisters also followed me to be accepted there. My parents are pretty proud too. I don’t really want to tell anyone what I want to be the first to do just yet. I’ve found lately, that whenever I share my ideas, they end up getting stolen…or at least so it seems. Remember, the animals told Cinderella to keep her dreams a secret. Do not tell…just do…

What’s the next big thing happening in your career?
Who knows? I just want to keep moving forward. I’m really looking forward to the release of my second album, No Gravity this summer.

What’s your favorite ‘girl power’ song?
I’m going to be biased and say, “Roll,” a song I wrote, performed first by Alison Hinds and later by myself, J-Status and Rihanna. I’m all about girl power. My song “Superwoman,” produced by Stargate on my first album, Shontelligence, is also a huge “women anthem.” But if you really want a song that’s not mine, then I’d have to say, “I’m Every Woman” naturally.

Why did you decide to get involved with She’s The First?
I’m always so excited to be a part of anything that supports, celebrates and uplifts females. After all, I’m one!

Related Links:
• Save the Date: June 10 Benefit Concert for She’s the First
• Meet the Artist Who Inspired Girls Who Rock
• Girls Who Rock: Meet Cara Salimando
• Q&A with Orianthi