During a year of much uncertainty, Jesslee turned to music. Her 21 Jump Start EP, out today, has the Florida native covering uplifting songs by Miley Cyrus (“The Climb”), Rachel Platten (“Fight Song”) and Katy Perry (“Rise)” as a way to give hope to listeners.

“Although making music is an outlet for me as a human being, this record is not about me,” she says. “It is about YOU, it is about anyone that needs a little kick in the pants to know that no matter what we face as human beings we have the power to rise and overcome. We are stronger than we think and sometimes just need a little motivation and love to see exactly how strong we are.”

21 Jump Start has Jesslee showcasing her vocal prowess, further demonstrating why Blake Shelton and Kelly Clarkson both turned their chairs for the singer when she competed on Season 14 of “The Voice.” While the project has Jesslee reinventing several pop hits, she manages to put a unique spin on each while her vocal runs impress.

In addition to three cover songs, Jesslee offers a powerful original with opening track “Strong.” On “Strong,” Jesslee urges listeners not to compete with others and instead to embrace their uniqueness. “You know you don’t need their approval to be who you want to be,” she sings.

The track embodies the message of her 501C, The S.T.R.O.N.G. Program, which teaches children throughout their teens to be confident in mind, body and spirit. An anthem for women everywhere, especially during Women’s History Month, “Strong” has Jesslee sharing her light with others. 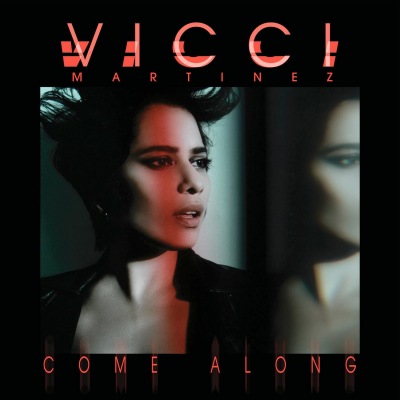 May was one of those months that reaffirmed my decision to pursue music journalism. Not many know this, but back in high school I thought my future profession would be psychology. I just loved the idea of helping solve other people’s problems. After a while, though I realized I wouldn’t be able to make it as a psychologist because I take everyone else’s issues to heart and would never be able to shut that off.

While I’ve never second guessed being a music journalist, last month made me realize maybe there is a little therapy in the art of an interview. I remember my high school journalism teacher explaining the importance of silence during an interview and to allow the interviewee time to say what she needs to say. It’s uncomfortable keeping that long pause between answers but sometimes they’ll say something they’ve never told anyone else or lead your conversation into a different direction. Sometimes it will even allow room for tears. And this isn’t always a bad thing, as awkward as it may sound.

Last month, I interviewed Vicci Martinez. A former contestant on The Voice, she placed third in 2011. Instead of talk about that experience, I wanted to dive into her music, most of which she writes herself. My goal in every interview is to ask the artist a question they’ve never been asked before. My go to question for this is usually: Is there a song that means more to you now than when you first wrote it? When I asked her this, it took her a few seconds but then she remembered a song she wrote a few years ago from her album I Love You in the Morning. The instrumental track was written about her parents’ relationship and she said it’s her favorite song she has ever written.

“It’s this conversation between the two of them where my Mom feels like she can never be with anyone else and my Dad is gone,” she explained to me about her father’s death. “I feel like my Dad, because he loves her so much, [for him] the most important thing is for her to be happy and I think he’d give her that blessing. The whole song is that conversation.”

Vicci’s dad passed away and she wrote the song for her mom. When I asked her if her mom knew the story she told me she never told her. After the interview I learned that she was fighting back tears when she was telling me the story behind that song.

“That was like a therapy session. You should get a promotion,” she told me afterwards.

As my co-worker came into the room Vicci told her the same thing and my colleague joked, “It wouldn’t be the first time. Annie makes a lot of people cry.” (It happened last year with Tristan Prettyman.)

It’s not that I want to ever make anyone cry, but the fact that I allow them to get comfortable enough to open up that much is something I never take lightly. It almost makes me wonder if I can get a job as a music therapist. Go on the road with bands and provide counseling, or just lend an ear. Hmmm…maybe I should do some research. 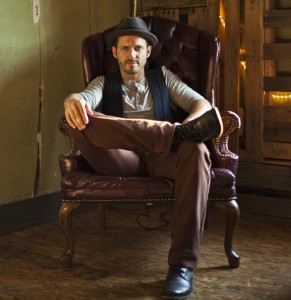 Two years ago I went to City Winery to see one of my favorite singer-songwriters Tyrone Wells. A soulful and comical artist named Tony Lucca opened the show and a year later I learned he was competing on The Voice. That experience just goes to show that you never know who you’ll see at a live show or where their career will take them. And if you’re anything like me, that’s the best part. To catch an artist in the early stages and a few years later be able to say, “I saw them when…”

Just last month I interviewed Tony for CBS Local and he filled me in on what happened behind-the-scenes on The Voice and what we can expect from his upcoming album due out next year. He also revealed that he sometimes wonders what it would have been like if Blake Shelton was his coach instead of Adam Levine.

“If Adam hadn’t turned around I was hoping that maybe Blake would have,” Tony confessed. “Certainly in hindsight, knowing how he is with his team, not to blow anyone’s cover but he’s the most hands on with his team. He’s very giving. He’s into the camaraderie. He loves the gig. He loves being a coach and being involved in these young artists’ lives.”