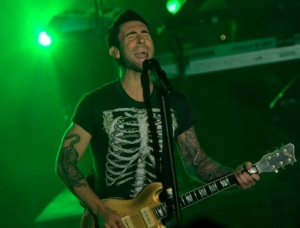 While being a music journalist certainly sounds like a glamorous job to many, it’s also a lot of work. Many times bands are scheduled for numerous interviews and performances in one day and with that, undoubtedly asked the same questions. My goal as an interviewer has always been to ask the artist a question they’ve never been asked before.

I still remember stumping Lady Antebellum during an interview in 2010. Their nearly minute of silence was instant success to me. To be able to ask the country trio a question they were never asked before during the height of their “Need You Now” popularity put a big smile on my face. It meant that I did my job and accomplished my goal after hours of research.

When I first started my job at CBS I was still new at video interviews. To have a crew of video staff and publicists watching your interview as it happened is intimidating and having an artist connect with you in a room full of people is not an easy task.

One of the video producers saw my nerves and offered some advice: just make it a conversation. For some reason I let my nerves get the best of me and forgot that eased conversations often make the best interviews. I told my boss that my goal for myself at the company was to have great interviews that make the artist want to come back and chat with us again. 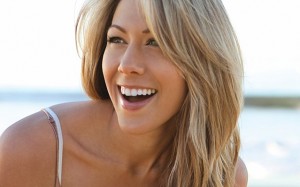 My first interview this month was with Colbie Caillat. An artist I’ve already interviewed twice, she was the first interview in a long time that I wasn’t nervous about. The beach beauty felt like an old friend and she filled me in on surviving a bug attack onstage, how she makes touring feel like home and her friendship with Gavin DeGraw.

Last week, I found out that I’d be interviewing Maroon 5 guitarist James Valentine. After joking with my co-workers about trying to recall the last time we used a payphone when listening to their hit single “Payphone,” I knew I had to ask him the same question.

Still trying to implement the idea of making my interviews more like a conversation with a friend, I was a bit nervous but determined to make it work. Having seen Maroon 5 perform the night before I at least had a few good conversation starters. As the interview went on I found my questions fitting seamlessly into the interview with no internal dialogue of “what am I going to ask next?” 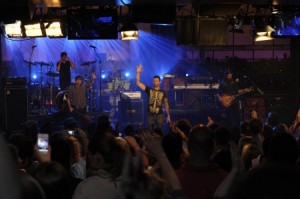 By far my favorite interview to date, James Valentine took me behind-the-scenes of his writing process with Adam Levine, how he came to join the band, and of course the last time he used a payphone. This was the first interview I’ve had in a long time that really felt like a conversation with distinct connection.

The next day I chatted with singer-songwriter Tristan Prettyman whose new album Cedar and Gold drops in September. Formerly engaged to fellow singer Jason Mraz, the album was deemed a breakup album. Reading over all the press material, I wasn’t sure exactly how I’d bring up the elephant in the room, but everything was stated pretty clearly in the press release so I wouldn’t be a good journalist if I didn’t.

I spent the commute to work and my entire morning listening to the album and was struck by Tristan’s honesty. The record was so incredibly emotional and the heartbreak so real that it instantly brought to mind Adele’s ever popular 21. 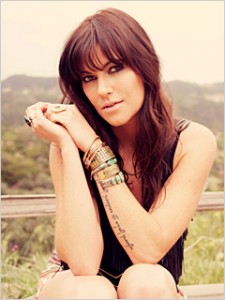 The more we talked about the album and her relationship, the closer I came to having to bring up his name. So, I asked if she was nervous to have Jason listen to the album and she revealed that she sent him a few tracks and he responded, remarking at the fact that she didn’t hold anything back.

As Tristan continued to talk about the songs and her relationship she started to tear up and while I wasn’t quite sure whether to keep asking questions, I figured if she felt that uncomfortable she’d let me know. We continued the interview and I was so grateful for her honesty. Writing songs is often like writing in one’s diary and she shared so much of her process and the stories behind her songs with me. After our interview, I have no doubt her upcoming release will help a lot of people deal with their own heartbreaks. And that in itself is often the goal for a songwriter.

As far as my future interview goals, while I definitely don’t strive to make anyone cry from the questions I ask them, I hope I do allow them to feel comfortable enough to let their guard down for a moment. I know it’s not always the best idea to be friends with rock stars, but building a 30 minute friendship during our interview can’t hurt, can it?