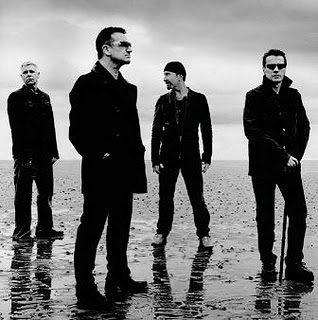 This week is contest frenzy at You Sing, I Write! While I already have a winner to the Ragged Magazine contest from earlier this week, (congrats to Colleen who responded with the correct answer — Switchfoot was the first band I interviewed for the blog) there are a few more contests going on you may be interested in entering.

Kijiji, eBay’s free, family-friendly, local classifieds site, is giving away tickets to the U2 concert next Wednesday at Giants Stadium. Residents of New York and New Jersey can enter by taking the following steps:

1. List an item for sale on Kijiji New York, Kijiji Hudson Valley or Kijiji Newark.
* Include a brief description of the item, as well as why you are willing to sell it for a chance to win the tickets.
* Also include a photo, if possible.

Infiniti has secured a handful of exclusive tickets to the Sundance taping of Elvis Costello and Sheryl Crow on September 21 in New York City. Visit:

1. Facebook.com/Infiniti: Simply upload a picture of you and your Infiniti on Facebook to be eligible.

Good luck! Be sure to let me know if you win.