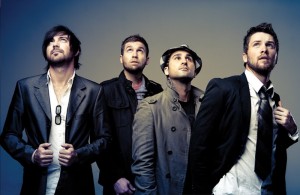 It’s often unexplainable. You never know when a song is going to hit you or a band is going to leave a lasting impression.

Back in 2010 I headed to Bowery Ballroom with friends to see Parachute. One of the first bands I interviewed for You Sing I Write back when they were known as Sparky’s Flaw, they’re a band I try to see whenever they’re in town. I still remember when I was interviewing frontman Will Anderson during my first job out of college. I was on my lunch break and he was headed to class and he told me about the crushes he wrote songs about and whether or not they found out.

Their concert that night was how I was first introduced to Nashville act SafetySuit. Their set was full of energy and I had a hard time wondering why they weren’t the headliners.

Currently on their own headlining tour it seems they’re finally getting the recognition they deserve. Though it’s been a few years I still have several of their songs on my iPod that they played that night and can’t seem to take them off. Songs like “Someone Like You,” “Stay” and the poignant “Annie” hit you in the heart and their followup album, These Times does just the same.

First track, “Believe” draws listeners in with soaring guitar parts and Douglas Brown’s ethereal vocals. “You gotta believe in what you got…If you gotta cry then let it out, if you gotta scream let it out.” Memorable guitar licks alongside Brown’s powerful vocals are just an introduction of what’s to come on the album. In fact, SafetySuit’s introspective and questioning lyrics at times brings to mind that of Switchfoot.

String features introduce “Get Around This.” Asking for forgiveness, it’s hard not to take Brown’s side. Meanwhile, title track “These Times” was written out of a social need. Discussing hard times everyone faces the band manages to uplift without sounding cheesy.

The band worked with several outside producers and writers for These Times including OneRepublic’s Ryan Tedder and the guys from Espionage who helped write Train’s mega hit “Hey, Soul Sister,” giving the Nashville-based act a more pop friendly release.

On the heels of their new EP Hallelujah and in the middle of their U.S. headlining tour, SafetySuit show no signs of slowing down. Be sure to catch them in New York at Gramercy Theater Wednesday, September 12. To keep up-to-date, visit the band on Twitter. 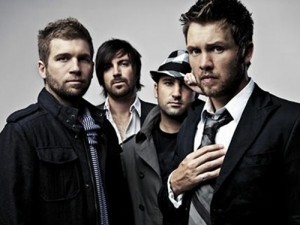 Just over two years ago I caught SafetySuit’s impressive set at Bowery Ballroom and quickly became a fan. Their powerful live show had me wondering why I never heard of the talented Nashville-based act before. Last week, the band released their sophomore album, These Times. They enlisted the help of fans for the music video and title track and the album.

Of “These Times,” frontman Doug Brown says it was written out of a social need.

“As a band, we were talking a lot about the songs on the record, and obviously, a lot of songs are gonna be about relationships, love and loss; that’s the most common emotion people have. But as we were looking at the track, we felt like something was missing: what the pulse of the nation is right now,” he said. “When we started thinking and talking about that, ‘These Times’ sprang out of that. The chorus goes, ‘Sitting alone here in my bed/Waiting for an answer I don’t know that I’ll get/I cannot stand to look in the mirror I’m failing.’ You just get tired of being on the short end of the stick; I think a lot of people feel that way.

“There’s a lot of people out there who would kill to just have a job so they can provide for their families. It’s tough, man—it’s tough for people, and that sucks. But we didn’t want to leave it at that, so we wrote, ‘These times are hard/But they will pass,’ and that’s important to remind people of. We’ve made it out of bad times before, and we’ll make it out again.”

Watch the poignant video below and for more on the band visit their Website. 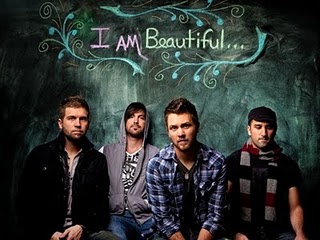 Growing up, I was the only girl in my grade named Annie. I remember my math professor in high school singing songs from the musical Annie when he handed back my exams. “The sun will come out tomorrow,” he’d sing. On the rare occasion (alright, it was more than once…math wasn’t my best subject) that I didn’t do well he’d say, “Well, I guess the sun didn’t come out today now did it?”

My first job out of college my colleague would always text me, “Annie, are you okay?” Gotta love Michael Jackson’s “Smooth Criminal.” Music has always had a major impact in my life and when songs have my name in it, I can’t help but relate. It seems as if the musician is singing the words right to me. Silly, I know, but it does. So, last week when I caught SafetySuit‘s performance at Bowery Ballroom and they announced their song, “Annie,” I couldn’t help but smile.

Not many of you in the blogosphere know this, but I have always been pretty shy. That’s why, when friends hear of my escapades of going up to a band after a concert and asking them a few questions or setting up an interview they’d always be incredibly shocked. While I’ve come a long way these past two years and have definitely stepped out of my comfort zone, the lyrics to SafetySuit’s “Annie” still struck home: “Annie don’t be shy here.”

Song of the week runner up: “Annie” by Mat Kearney. Listen here.

Is your name featured in any songs? What’s your favorite? I’d love to hear!