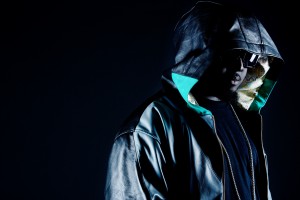 Last year, I began asking every artist that I interviewed about the first time they heard themselves on the radio. I’m not quite sure where exactly I came up with the question, but it was always one of those moments in an interview that each artist would light up as they told me about it. I mentioned it one day in a meeting and everyone seemed to like the idea. Somehow, it became a big initiative right before the GRAMMYs and ACM Awards and many of the artists I asked this wound up in a commercial for Radio.com. On TV!

Later in the year, we decided to make it a weekly feature so every Monday I assign and help select some of the best answers to that question. This week’s feature is T-Pain, the very first rapper I’ve ever interviewed. His answer was a rather unique one.

“The first song of mine that I heard on the radio was ‘Time To Make Love,'” he told me. “I don’t even think it was on my first album. It was part of a mixtape I did before it came out. I was in my dad’s house in my room asleep. I definitely heard it in my sleep and I woke up and was like, ‘Oh man, I totally missed it!’ I definitely heard it but I was dreaming. I was laying down in my dream, but when I woke up I was like, ‘Oh that was really on the radio just then!’ I wish I had woken up a little earlier.”

He went on to tell me about his next album, Stoicville: Rise of the Phoenix, due out later this year.

“It’s a crazy range of songs, from swing songs and songs from the 60s to reggae songs and R&B,” he said. “I’m putting a country song on my album. There’s a lot of range so it’s hard to say what we want the sound to be. Anything that we pick will be a lot of range.”

For my complete interview, visit Radio.com. Stay tuned for more of my chat with T-Pain!

Always on the hunt for the latest tracks from up-and-coming artists, this week brings three new artists in completely different genres. I think you’ll enjoy each one. Love to know your thoughts!

I caught 2AM Club live a few months ago and was blown away by their catchy harmonies and infectious rap interludes. Watch the video for their latest single, “Worry About You” below.

With airy vocals that bring to mind Colbie Caillat and Kina Grannis, singer-songwriter Hope teams up with Jason Mraz for this breathlessly delicate ballad.

Female rappers don’t get enough credit. I’ve received a few emails from Kellee Maize and was impressed by her words and style. Watch the video for “Third Eye” below.

What new songs are you listening to? Let me know!

One of the hardest working indie bands I’ve come across, Lights Resolve has spent the past four years incessantly touring and building their fan base. Whether on the road or online, they continue to form relationships with fans and Sunday night was their way of thanking fans for that support.

For nearly 40 minutes, Lights Resolve diehards piled into their van and listened to their soon to be released debut full length. Parked outside of Maxwell’s, it was the first time they heard the record in its entirety.

“Whenever you guys want to leave, you can. We’re not holding you,” Reich joked.

By the tenth and final track most were still there, often singing along to the songs they heard earlier that night.

This week I’m showcasing three very different videos from three artists in completely varied genres. Whether it’s Band of Skulls rocking West Hollywood’s Troubador, Crash Test Dummies’ take on what’s beautiful or Christina Aguilera showcasing a soulful side to her pristine vocals, each video has something unique. Watch them below and let me know what new videos you’re watching this week.

Band of Skulls: “Light of the Morning”

Christina Aguilera: “You Lost Me”

This week, female vocalists lead the race of powerful video releases. While newcomers MeTalkPretty just won MTVu’s The Freshmen, placing their latest video for “Wake Up!” in rotation, older favorites Paramore have been around the block a few times. Watch below for the latest from MeTalkPretty and stay tuned for their debut album, We Are Strangers due out later this month.

Although Paramore’s video for “The Only Exception” was released a few months ago, I keep hearing the track on the radio and have yet to see the complete video until today. (Which is partially why I still consider it new…to me at least!) A moving song, and even more powerful video, I’ve been listening on repeat for the last hour.

Last up is the soulful and always energetic Robert Randolph & the Family Band’s new track, “If I Had My Way” off latest release, We Walk This Road. With powerful vocals and even more striking musical accompaniment, the track is bound to get your feet tapping.

What other music videos can’t you get enough of? Be sure to leave them for me in the comments!

Jody Porter’s debut album isn’t out until May 11th, but Engine Room Recordings is offering a download of his single, “Aurora.” Guitarist of Fountains of Wayne, Porter has collaborated with everyone from Albert Hammond Jr. and Jesse Malin to Ivy and Juliana Hatfield. To listen to the energetic “Aurora” click here.

Compared to Regina Spektor, Misty Boyce is a singer who will touch your heart. Her beautifully light vocals are accompanied by soaring string arrangements and light percussion on “All You Need Is Here.” Featuring Ari Hest, the track captivates the listener. Catch Misty currently on tour promoting her recent, self titled release. To listen to “All You Need Is Here,” click here.

You all know by now that Sia is one of my favorites. I featured the video for latest single, “Clap Your Hands” a few weeks ago but she just released a brand new Diplo remix of the track that you HAVE to hear. If it doesn’t get you dancing, I don’t know what will. Listen to “Clap Your Hands” here and stay tuned for her new album due out June 22.

What have you been listening to? Are there any new releases I  need to check out? Let me know in the comments!

Australian songstress Sia manages to captivate music fans, critics, and fellow musicians in the industry, most notably Christina Aguilera who recently asked Sia to work on her upcoming release. While Sia’s fourth album, We Are Born, isn’t due out until June 8, lucky fans can hear six songs from the LP on her site, http://www.siamusic.net.

First single, “Clap Your Hands” is an energetic track that is sure to bring even the most timid wallflower to the dance floor. While many of the tracks on her site are upbeat, danceable numbers, ballads like “I’m In Here” showcase her emotional vocals, having the listener beg for more. To preview Sia’s six tracks, click here.

I named Sia one of my Top 10 interviews of 2008 after chatting with her about her last release, Some People Have Real Problems. She filled me in on the touring lifestyle, her songwriting process and stalking Amy Winehouse. To listen to my interview with her, click here and be sure to catch her on the road later this spring! 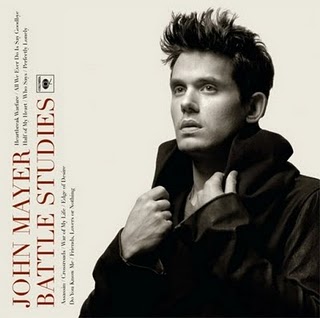 Earlier today, Rhapsody launched a new artist promotion supporting John Mayer’s upcoming release, Battle Studies. Due to hit stores Tuesday, November 17th, fans can listen to the tracks in their entirety a week early on Rhapsody.com and VH1’s “The Leak.”

While I’m sure many of you have heard latest single, “Who Says” and debated the truth behind the lyrics, “Who says I can’t get stoned,” you’ll be happy to know the rest of the album is far less questionable. Emotive “All We Ever Do Is Say Goodbye” has that acoustic folk feel reminiscent to last release, Continuum while “Half Of My Heart” is more uplifting. Featuring Taylor Swift on backing vocals, both singer’s voices blend extremely well. “Crossroads,” a song familiar to Eric Clapton fans, showcases Mayer’s blues side well. A refreshing surprise amongst numerous ballads, it is on this track that Mayer truly shines.

What do you think? Will you be picking up a copy of Mayer’s Battle Studies next week? Be sure to check out Rhapsody.com and VH1’s “The Leak” for a complete album stream. Which song is your favorite?

Related Links:
• Song of the Week: “Who Says”
• John Mayer Tells All At Z100’s Z-Lounge
• John Mayer, Colbie Caillat and Brett Dennen Impress in New Jersey
• Blast From the Past: John Mayer Concert Review on MTV.com 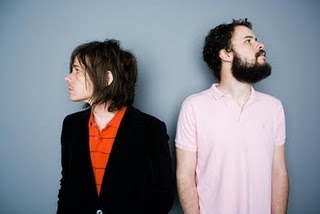 Today Spin featured Sam Means’ first track since the Format disbanded in 2008. His soundtrack to indie comedy, The Sinking of Santa Isabel, will be released September 29, Spin.com reports.

Definitely a more stripped down feel than his previous band, Means’ indie-centric track is catchy and grows on the listener. Click here to listen to the song, “Yeah Yeah” in it’s entirety.

What do you think? Will you be purchasing Sam Means’ new album?

Indie songstress Ingrid Michaelson is revealing a song a day from her new album Everybody leading up to her release next Tuesday. With hit songs like, “The Way I Am” landing in episodes of “Grey’s Anatomy” and radio stations everywhere, Michaelson quickly became an artist to watch last year.

In fact, it’s her honest lyrics and relatable stories that have found refuge in many music lover’s ears and as a result have garnered her an ever growing fan base. She has said this album is totally autobiographical, but then again isn’t that what draws the fans even closer? Visit her MySpace or check out the widget below as she discusses the story behind each track as well as listen to each song in it’s entirety.

What do you think? If you like what you’ve heard, be sure to catch Ingrid on tour this fall. Check out her MySpace for complete tour dates.