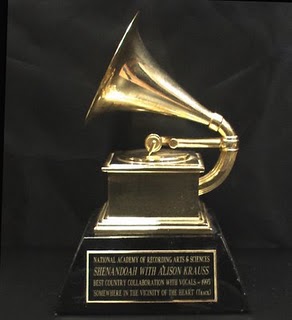 No, unfortunately I wasn’t one of the lucky ones to attend the festivities in Austin, Texas, this past week, but hopefully one of these years I’ll cover South by Southwest! Anyway, below is a list of some bands that a bunch of music mags/websites have been covering as well as some of my picks. I’ve been lucky enough to have covered quite a few of the bands that attended this year’s festival for my blog, and at least one band on this list is bound to impress you. Be sure to check out sxsw.com where hundreds of songs are available to listen to from many of the bands that performed at the festival.

Who the music mags and websites are telling you to check out:

Duffy
I was covering a show at the Knitting Factory a month or so ago and met some guys from her record label, raving about her, telling me that “my homework” was to go home and MySpace Duffy. Well, I slacked a bit on my homework assignment and a few weeks passed, but her name kept coming up all over the summer festival lists so I finally checked out Duffy’s website and was quite impressed with her vocals. She’s been compared to Amy Winehouse, but to me sounds a bit more sophisticated with an old school ’60’s vibe. Check out her catchy song, “Mercy.”

My Morning Jacket
I’ve read that they play incredibly live. A blend of rock and folk music, one of their songs, “Gideon,” featured on their MySpace vaguely reminds me of U2.

Be Your Own Pet
South by Southwest seems to be the preview of their international tour promoting latest album, Get Awkward, available in the U.S. March 18th. The female-fronted punk rock band definitely has lots of energy and plenty guitar riffs to satisfy any guitar-fiend.

Vampire Weekend
Their MySpace groups their music as punk/new wave/classical, an eclectic combination of genres for sure. Interestingly enough, by listening to them, you can see a bit of each genre resembled in their music. Could there be a flute in their song, “APunk”? Take a listen for yourself.

Liam Finn
This New Zealander was named a Rolling Stone “Artist to Watch” in 2007 and I can see why. His mix of folk rock is intriguing to listen to. Check out “Second Chance” on his MySpace, the song starts off with a soft drum beat that blends well with his voice, later slowing down for an instrumental feature mid-song before picking back up again.

Sparky’s Flaw
From the beginning chord in their song, “Under Control” I was hooked. I also love the back story on the band – four friends from high school + 1 college roommate = Sparky’s Flaw. Not to mention, three of the guys are in their last semester of college and are recording their debut full-length album (due out this summer) during winter and spring breaks. It’s a pop/rock mix comparable to Maroon 5 and The Fray with a soulful blend of saxophone, keyboard and guitars.

Hello Tokyo
This Brooklyn-based female-fronted band has been building up a strong fan base over the years, playing gigs throughout NYC and D.C. while their debut full-length album is due out this April. While some songs are a bit down-tempo, “Radio” is one of their most upbeat, energetic songs and definitely showcases the strength of the band.

Happy Anarchy
When I caught up with them at a recent show of theirs and asked how they would describe their music, they couldn’t. Which I think is a good thing. They compared it to many different genre’s, not wanting to put it into one certain category. “Its classic American rock music,” guitarist Yuhei explained. “It has a little bit of everything. We take influence from the Chili Peppers to Radiohead to older bands like The Who. I think the cool part is just whatever anyone thinks it is. I’ve learned to like the fact that you can’t be like, ‘Yeah, they’re like this.’ There’s potential for a lot of people to like our band.”

Jon Foreman
The Switchfoot frontman has been getting much praise for his recent solo EP’s from both critics and fans alike. Two of the four EP’s released, titled “Fall” and “Winter,” have that stripped down acoustic feel of being in his living room while watching him play.

Sia
Sia’s live performance showcases her incredible vocals and her stage presence is impeccable. Constantly interacting with the audience, taking song requests and nailing high-powered crescendos in many of her songs had the audience erupt in applause and screams at a recent NYC show. This Australian singer definitely is making her name known in America.

There were well over 1,000 bands featured at this year’s SXSW so there’s no possible way any music magazine or blogger could have it all covered. Check out sxsw.com to listen to some of the featured artists and for more SXSW coverage from people who were actually there, check out Rollingstone.com as well as MTV’s concert blog.