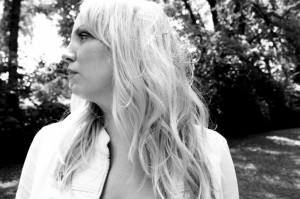 I met Mary Bragg four years ago at a recording studio in Brooklyn. As soon as she started singing everyone paid attention. The Georgia native’s blend of Americana and country was breathtaking. We talked and she gave me her card, telling me to keep in touch. Anxious to hear some more of her music, I looked her up online and was surprised to learn that Dave Haywood of Lady Antebellum produced her first record. Good friends, she credits him for urging her to write songs.

“He was really the first person to push me to write songs. We were in a band together for three years and he’s like, ‘We’re gonna make a record,'” she told me. “He said, ‘I’m going to send you these MP3s of me playing these random chords and I want you to write some lyrics and melodies.'”

I wound up interviewing her for Billboard and she is one of those artists that I see whenever she plays, whether it’s in New York or as it turns out, in Nashville last October when she made her debut at the famed The Bluebird Cafe.

During her performance at The Bluebird, Mary played “Wildfire” and it gave me chills. I don’t think I was the only one in the room that felt that way as she captivated the hushed and sold-out crowd. Listen to the song below.

Mary Bragg is putting the finishing touches on a new EP, Edge of This Town, which will be released April 7. She’s currently on tour and will be in Brooklyn on Feb. 5. For complete dates, visit her website.