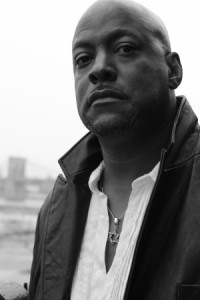 From the moment he saw his favorite band performing live on television when he was 12-years-old, Brooklyn-based musician Tomas Doncker knew a career in music was in his future.

That Christmas, his parents bought him a guitar and he’s been writing songs ever since. Countless A-list collaborations later, Doncker says he has learned there is no one way to write a song.

“I think you have to remain open to the inspiration revealing itself to you and not be afraid or shy to follow it,” he said. “You have to be able to go after the thing that tickles your fancy at that moment and get it to a point where you actually have a verse, a chorus, some chords, and let that live.”

Being open is what led Doncker to his latest project. After a meeting with playwright Roland Wolf’s sons, Doncker was inspired to create an album that would change people’s lives. With the hope to create a play that mirrors “Fela” and “Passing Strange,” a script is also in the works.

“’Passing Strange’ changed my life. I want to be a part of that kind of performance. Very soon after that I met the Wolf brothers. They gave me the script to read I thought to myself, ‘Wow, here’s my chance to create something in that way,’” he said.

The first step was making the album, Power of the Trinity.

“The tag line I’m creating is ‘From Brooklyn to Ethiopia,’ and obviously, everywhere in between. What we’re about, which is global soul, is soul music for and by everybody. It’s not just from Memphis. It’s from Ethiopia, it’s from Mali, it’s from Brazil,” he said. “There’s no mistaking soulful music. It doesn’t matter what language someone’s singing in. If it touches you, if it moves you, that’s it.”

Doncker continued to explain that songs don’t always have to be about real life to be relatable.

“I walked around the streets of New York City singing the chorus of that song for seven years. I was singing it in a minor key because I was in a pretty bad spot at that time in my life. Not to be too mysterious, but I was living on the streets and taking a lot of drugs. I’m now 12 years sober,” he said.

Ten years later, while sitting in his apartment in East New York, the entire song came to him when he played a major chord.

“All of a sudden the rest of the song flew out. I wrote that song in about seven minutes, the whole thing,” he said. “I love that song because I know it comes from such a sincere, real place. I absolutely know that because I lived it.”

Having finished a tour in the West Indies and gearing up for multiple performance at Summer Stage, Doncker says his performance goal is “to burn the building down every night and have a ball.”

This article originally was written for CBS.com.