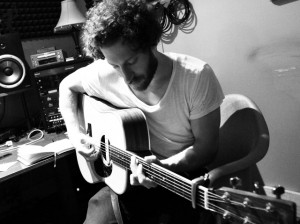 Matt Cranstoun’s powerful vocals make the listener take notice. Set to perform Saturday night at Brooklyn’s The Rock Shop, his show will include three gospel singers and a full band.

With so many showcases during CMJ Music Marathon, Cranstoun advises music fans to support independent artists.

“Everyone should support independent music and art. Go to CMJ. See 10 bands perform. If you don’t like one, walk out, you have the option to do that,” he said. “That’s the beauty of CMJ, there’s so much going on. You can find 10 shows that you should enjoy.”

Cranstoun began his music career at eight-years-old behind his father’s drum set. Once high school came around he joined numerous bands and soon afterward decided to take the solo route and moved to New York.

“I didn’t know what to expect so I came up here and started the real songwriter thing where you play by yourself. That was a whole new vibe for me and that’s what I’ve been doing ever since,” he said.

For my complete writeup, visit CBS. Matt performs tonight at 10 p.m. at The Rock Shop in Brooklyn.