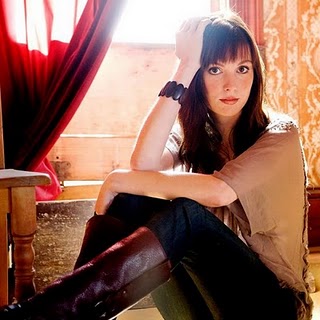 Texas-based singer-songwriter Sahara Smith‘s vocals are a unique blend of rustic and angelic. An old soul, the 21-year-old’s lyrics are descriptive and well beyond her age.

While tracks like the twangy “All I Need” relax, others, like seductive “The Real Thing” intrigue the listener.

“I used to think that happiness was hiding in the dark/I believed in everything but love,” she sings emotionally on “All I Need” with light guitar and percussion accompaniment.

Born in Austin, Smith started performing locally at 14. She garnered national attention at 15 after she was selected to compete in A Prairie Home Companion’s ‘Talent from 12-20’ contest and took home second place. Since then, she has been pursuing a career as a singer-songwriter and hasn’t turned back.

To hear more from Sahara Smith, visit her on MySpace