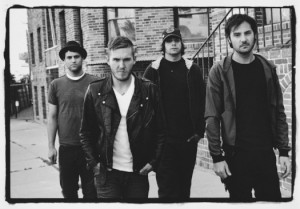 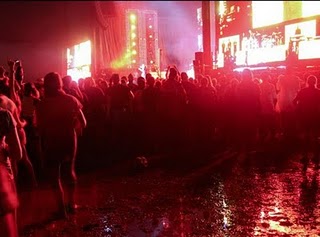 Labor Day has come and gone and as much as we’d like to deny it, autumn is officially here. While it may be time to pack up that bikini, there’s no need to turn the music down. With tunes this good, who said summer has to be over?

The E.N.D., short for The Energy Never Dies, does just that. Released in June, many of the tracks could be heard in clubs and parties all summer long. In fact, it didn’t seem right if the night ended having never heard at least one of Black Eyed Peas’ songs. Hit singles, “Boom Boom Pow,” “I Gotta Feeling,” and “Meet Me Halfway” are undeniably 2009 summer anthems. With their electrifying dance beats, catchy choruses and synth-fused tracks, Black Eyed Peas prove they still know how to get the party started.

If Colbie Caillat’s new album, Breakthrough, doesn’t emit summer nostalgia, I don’t know what will. You can practically hear the ocean waves and smell the sea salt as she’s singing current radio hit “Fallin’ For You” and moving opening track, “I Won’t.” Of course, that could be because she wrote the album while vacationing in Hawaii. Songs like the laidback acoustic “Droplets,” featuring co-singer/songwriter Jason Reeves, and emotional “I Never Told You” are a breath of fresh air. Bet you can’t help but reminisce about that summer romance.

The Gaslight Anthem – The ’59 Sound

Jersey’s own the Gaslight Anthem have had quite the summer. Having toured the globe in support of their incredibly well received sophomore effort, The ’59 Sound, the band also shared the stage with Bruce Springsteen at Glastonbury Festival in England. If there was one album that epitomized driving down the shore with the top down and radio blasting, it would be this one. Tracks like “Great Expectations,” “Here’s Lookin’ At You, Kid” and “Backseats” are filled with vivid imagery and descriptive narratives of failed relationships, lost youth and somber regrets masked by energetic musical accompaniment. With a punk rock feel combined with that classic Springsteen sound, The ’59 Sound references those long summer days and endless summer nights.

The country outfit’s debut self-titled release encompasses upbeat, high energy songs bound to get the crowd on their feet. This is no summer campfire music. Currently on the road supporting Taylor Swift, the four-piece, made up of brothers Tom and Mike Gossin, Rachel Reinert and Cheyenne Kimball, are sure to change the everyday music lover’s opinion on country. Catchy hit single “Wild At Heart” has been gaining attention throughout the summer, garnering them best single by a new country act in 2009 while tracks like “The Way It Goes” are sure to be just as successful. With fitting fiddle, steel and guitar accompaniment along with the bands’ emotive lyrics, Gloriana is sure to win over music fans everywhere.

The reggae king is back with his 20-track summer release, Imperial Blaze. Including smash club-centric tracks like “So Fine,” “Now That I’ve Got Your Love” and “Press It Up,” Sean Paul continues to prove his success as a producer and solo reggae artist. At a press conference earlier this summer, Paul talked of his new single. “I think [“So Fine”] is a perfect summer giant. It’s very bouncy. I usually cover stuff that you can hear in the clubs, in the cars. It’s raunchy but also sounds smooth. It has a cool attitude.” After listening to the track, I couldn’t agree more. In fact, most of Imperial Blaze has that same flavor: jams that make you want to get out on the dance floor.

What do you think? What albums did I leave out that should be considered? What’s your favorite summer album?

Back in October I featured The Gaslight Anthem as my “Band of the Week.” Since then, they’ve been featured on many Best of 2008 lists for their album, The ’59 Sound. I’ve been listening to the album myself continuously this past week and highly recommend it if you haven’t picked it up yet.

“The ’59 Sound” was declared one of Rolling Stone‘s “100 Best Singles of the Year” and I keep hearing it everywhere I go — most recently during a set change at Highline Ballroom. Check out the music video for it below and be sure to catch the band on “The Late Show with David Letterman” next Friday!