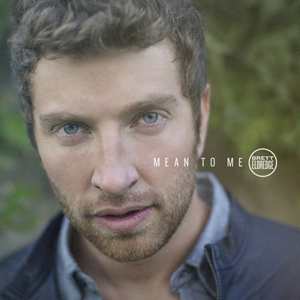 Sometimes a song hits you at the right moment. That’s exactly what happened last July when I heard Brett Eldredge perform “Mean to Me” at the CMA Songwriters Series at Joe’s Pub. It was a week or so before his excellent debut album Bring You Back was released and I remember sitting there, tearing up as he played the beautiful song on an acoustic guitar.

A week later, I interviewed Brett and learned the story behind the song.

“‘Mean To Me’ is very much a one-on-one love, romantic song that’s telling somebody else how much they mean to you,” he told me last year during his album release week. “I wanted to write a song telling someone, ‘If I could mean half as much as these things, half as much as you mean to me, then that would be amazing.’”

Brett wrote the song with Nashville songwriter Scooter Carusoe and said “Mean to Me” came about pretty naturally.

“I was just fiddling around on the guitar and we just started pouring them out [the lyrics] in these real descriptive ways. It’s a real special song that hopefully I can sing to my future soulmate one day.”

Watch the video for “Mean to Me” below.