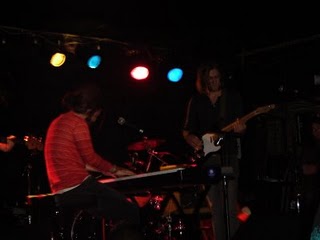 “We are the Other Lives from Stillwater,” announced frontman Jesse Tabish to a packed crowd at Mercury Lounge. “Last time I was here I introduced our band as our town. I’m not going to make the same mistake again.”

It’s not always easy for a band to be the first onstage for the night, but Other Lives worked the crowd, and by the end of their set, it was easy to tell that those in attendance were impressed. Playing a solid 35-minute set, the band, made up of guitar, bass , keyboard, drums and cello, had an incredibly rich, deep sound that permeated throughout the room. Many songs had strong instrumental interludes that showcased the band’s powerful musical structure.

The near-seven-minute track “End of the Year” featured Tabish’s deep vocals, as the musical accompaniment was beautifully interwoven into the song. At one point the song became much darker, changing the mood in the room all while slowing down the set before picking it right back up again. The crowd could be seen gazing up towards the stage in earnest, continuously wondering what would come next. 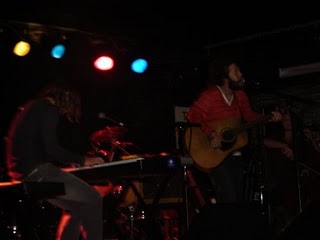 Tabish’s vocals are vaguely comparable to that of John Lennon’s. In fact, in some of the songs you can almost hear the inspiration of the Beatles as well as bands like Radiohead and Coldplay with each musical interlude.

Most of the songs from the group’s seven-song set can be found on the band’s MySpace or its recently released debut EP. From the crowd reaction Friday night, I think the Other Lives have a lot more music left to be made. 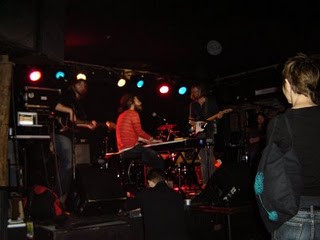 You can read this review originally posted on the CMJ blog here.