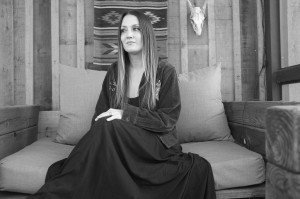 Songwriting Session is a column that goes behind-the-scenes with artists and songwriters. Each Sunday, a new songwriter will share their journey and provide lessons they’ve learned along the way. This week, Natalie Hemby shares what she has learned as a songwriter.

Natalie Hemby had a long journey to releasing her debut album, Puxico, in January. The Nashville native and established songwriter is well known in Music City for penning hits for Miranda Lambert (“White Liar,” “Automatic”) and Little Big Town (“Pontoon,” “Tornado”), among others, but for years she was trying to make it as an artist. Hemby found herself close to a record deal several times throughout her first decade as a songwriter but due to the shifting musical landscape and regime changes at labels, she never signed on the dotted line.

“When I hit 30 I just gave it up,” Hemby tells me over the phone two days after her debut album dropped. “I was just like, ‘I want to write music. I don’t really care what that looks like. I don’t care if anybody every hears it. I just want to write music because I love to write songs.’ I even worked a job at Comcast for a while, which I actually really loved because I learned so much and I got a lot of great song ideas out of it.”

Hemby says her day job at Comcast grounded her and made her love songwriting even more. At the time her husband, Mike Wrucke, began producing Miranda Lambert and the two women became fast friends. Hemby soon found herself singing on Lambert’s first three albums and the Texas native kept urging her to set up a co-write.
“I thought she was hilarious and I really loved her music,” Hemby recalls. “She kept telling me, ‘Hey, we should get together and write.’ She said that a few times and the third time she was like, ‘No, I’m serious. Let’s write!’”

The two songwriters finally got together and the first time they met they wrote “White Liar,” which would become both Hemby and Lambert’s first No. 1. They continued their partnership and co-wrote four songs featured on Lambert’s third album, Revolution. Meanwhile, Hemby likens Lambert to a younger sister and says she respects her songwriting.

“I’m really lucky that I get to connect with somebody like her because she is a deep well of lyrics, and talent, and she’s hilarious. We had our first No. 1 together and it all sprung from that. The great thing is, she was also very respectful of me. She knew that I loved to write and that’s why we have such a great relationship, we just love music. We love good music.”

Another song Hemby co-wrote with Lambert was their CMA Single of the Year and ACM Song of the Year, “Automatic.” Hemby remembers Nicolle Galyon bringing the idea to their writing session.

“I probably contributed the least lyrically to the song,” she admits. “Melodically, those were my melodies. Each person has their role each different day. Like for ‘Only Prettier,’ I came in with that chorus and the first verse. I wanted to map this out pretty straightaway. I had the chorus, the first verse, and then melodies. With this one I took a backseat because I’m not the only one who loves nostalgia. Miranda loves that kind of stuff. Nicolle had this idea, ‘whatever happened to waiting your turn.’ Those two really carved out a lot.”

For more of my interview with Natalie Hemby, visit Sounds Like Nashville. 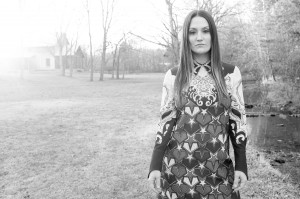 Natalie Hemby is the songwriter behind many popular country songs including Miranda Lambert’s “Automatic,” Little Big Town’s “Pontoon” and Justin Moore’s “You Look Like I Need a Drink.” After nearly a decade of writing for others, Hemby has decided it’s time to release an album of her own.

“I spent my 20s trying to land a record deal, and most of my 30s writing for other people,” she says. “It’s time to put out my own record. Maybe I’m a late bloomer, or maybe it’s just finally the right time to bloom.”

The singer/songwriter is giving country fans a taste of who she is as an artist on her nine-track debut, Puxico. Written about her grandfather’s hometown of Puxico, Missouri, the album has Hemby focused on the way she was raised as well as the shared tales of her family. Much like songwriters turned artists Brandy Clark and Lori McKenna before her, Hemby’s ability as a songwriter is shown on every track with vivid imagery. The country and roots based album also allows Hemby’s voice to shine and puts her rightfully at the forefront where she belongs.

While rollicking album opener “Time Honored Tradition” sounds like a track Lambert would cut, Hemby impresses with her laidback singing style as she describes life as a troubadour before finding comfort in the city of Puxico. A kindred town filled with good company, it is one where the “first one you meet is a trusted friend” and a “glass is never half empty.”

Later, the poetic ballad “Cairo, IL” paints a similar picture of a small town where some dream of raising a family while others fantasize about leaving. On this track, Hemby’s airy vocals are accompanied by delicate pedal steel. “Ferris Wheel” follows suit and is one of the standout tracks on the LP. A metaphor for life, Hemby likens the ride to the ups and downs we all go through. “Just when you think you know how it ends, it turns you in circles back to the beginning again.” She continues, “the view is better when it’s all up in the air.”

For more of my review, visit Sounds Like Nashville.