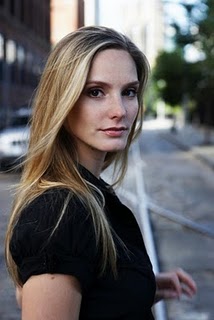 I chatted with New York singer-songwriter MaryAnne Marino last year as she was boarding a flight to New Orleans for a performance. She filled me in on her new EP, A Little Something, the transformation from being in a band to a solo artist and songwriting.

Read on to learn more about MaryAnne Marino, and give her a listen on MySpace.

Tell me about your EP. Was the recording process any different from a full record?
It was. I initially had gone into it thinking I would be a doing a full record. I had enough material to do a full record. My first solo record was done in one shot. It was a little more on schedule, whereas with the EP it moved in different phases. I recorded 9 or 10 songs and I just thought, “You know what? I’m just going to stick to doing an EP right now.” More importantly, just getting it out and having new material out. With digital distribution, I don’t know how many people are buying records these days unless you go to a show. I still go and buy records, but not as much as downloading digitally. So, I thought if that’s what people are doing, it doesn’t really matter.

You recorded nine songs. How do you decide what fits on the EP?
It just felt right, as far as the arrangements and what was coming together naturally, and that was really important for me. Sometimes when you record songs, if it doesn’t feel right you don’t want to push it to make it something. That’s the pace I was in. Although, the songs I put on the EP I really like. It made sense to wait and I think I’m probably going to do another EP, or maybe I’ll do a full record. It’s to be determined at this point. It’s what came together that felt right and natural and made sense.

You were originally the vocalist of the November Project and then you decided to go solo. What sparked that decision?
You know it’s funny; I was solo before I was in the November Project. And, actually going into a band was really different for me. I was nervous at first because I had always thought of myself as a singer-songwriter on my own. But, it was such a great opportunity and I loved the material. It was a good way to break into a scene that was new to me. It made sense at the time and that’s why I did it.

Was there a change when you decided to go solo again?
It really wasn’t because at the same time I was still continuing to play gigs [as a solo act]. I continued to do my own thing. That never stopped. November Project was just my main focus at that time. It felt really natural because in my mid-teens I was in bands. I think if the chemistry is right with the people, then it feels good.

You’re focusing on your solo career now. Do you think there will ever be a time you’d want to go back to a full band setup?
I try not to say never, but you never know. I’ve been playing with a lot of the same players for a long time. Actually, the drummer of November Project and I still play together. In a way, I always feel like when I have a band that it’s a band in my mind. It’s always nice to have the support so you don’t feel so alone. There are times when you’re trying to move your career forward and it’s so hard to do it by yourself.

What are you thinking about when you perform?
It changes. Depending on the audience or even the room, sometimes you just go off the energy of a room. That’s what I think is great about music, it always changes. Even when you play the same song, it always changes because the audience changes, the energy, or how you’re feeling or how the music is feeling. I always try to focus on what I’m doing at the moment but of course sometimes you think, “Is this right?” But you try to stay in the moment and play the music.

You’ve been compared to Carole King and Joni Mitchell. How do you feel about that?
I don’t know. I don’t think these people are…its like are you sure? Are we talking about the same people here? I’m pretty modest so I find that over the top flattering. Those are people that I completely admire. I hope to be at that level some day.

I know artists hate this question, but how would you describe your music to someone who has never heard it before?
I have to do that all the time. Right now, I’m at the airport and the security was like, “So what do you sound like?” You’d be surprised how many times that comes up and you never seem to find the one-liner. Maybe I should come up with that. When people ask, I always say its singer-songwriter, folk pop but with an organic and almost a tinge of ethereal. I always think Sarah McLachlan meets Aimee Mann, but not as ethereal as Sarah McLachlan and not as alternative as Aimee Mann. If they were to have to have a child, maybe somewhere in between.

Do you find you get responses from songs that are more personal to you?
Sometimes. There are a few songs that always seem to go over really well. My song, “Conversation,” which is funny because [the lyrics are] a stream of consciousness, people really gravitate to and seem to like that one. “Dear Mom and Dad” is pretty personal and people can relate to it, for the obvious. I think certain songs do resonate with people more than others. Probably the ones that I also feel closest to translate better. I have songs that I don’t play live because I don’t feel connected to them, so I guess that makes sense.

Do you ever hold back because you don’t want to be so revealing in your songs?
I guess there’s a way to be personal, but not be revealing. There’s a fine line and it’s better to have a little bit of mystery in my opinion.

You’re headed to New Orleans to perform. I’ve heard they have a great music scene.
It’s unique to be here during this time. I’ve never been in a place that you can feel change and feel like you’re contributing to rebuilding something. It’s hard to explain because the city’s different since Katrina happened. A lot of natives left and people that remain there, it’s almost like they want to recruit people to their city to rebuild it.

It’s very different from New York. There’s no business there. That’s what it feels like. It’s more that they just love music and they love a certain type of music and that’s what is really important to them. When you go to New York or LA it becomes a hustle bustle of “Let’s get songs placed and let’s be famous.” You can’t forget the business part of it. In one way, it’s great because it’s how you grow your business and do the things you want to do as an artist. On the other hand, it’s interesting. I’m doing shows in New Orlean
s with some of the local musi
cians and they have a very different perspective. It gives you a whole other perspective.

What is the biggest struggle you face as a singer-songwriter?
There is so much out there. It’s really being heard and with the business part of the music industry changing, it’s hard to get out there and find your place. With the industry changing so much, it’s very challenging for female singer-songwriters. I think of Lilith Fair and how wonderful it was and there was a movement with great female singer-songwriters. I don’t know what happened with that, they’re not as valued as much or there’s so much else with pop music that it’s easy to get lost in it.

What is it about the music that keeps you motivated?
I couldn’t imagine doing anything else. It keeps itself going in a way. Even if you’re down about it, it’s something that you do. I couldn’t imagine not doing it. 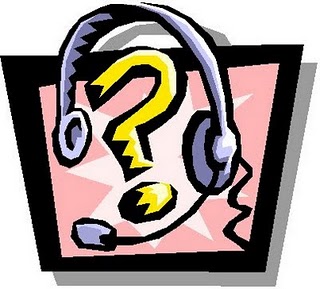 I’ve been interviewing many talented musicians over the past few months in numerous genres. Everyone from rappers to country legends to up-and-coming singer-songwriters. My question for you this week is, who do you want to read about first?

Check out the MySpace page of each band below and fill out the poll on the sidebar to let me know!