Callista Clark has been singing since she could talk. The 17-year-old Georgia native began performing at her grandfather’s church as a child before she started posting performance videos online. A cover of Creedence Clearwater Revival’s “Have You Ever Seen the Rain” that amassed more than 27 million views caught the attention of Scooter Braun, who signed the teenager to his SB Projects management company then introduced her to Big Machine Label Group Founder and CEO Scott Borchetta. Clark’s debut Big Machine Records single, “It’s ’Cause I Am,” is at country radio today.

“I didn’t know what was happening, it was just the craziest thing,” Clark tells me. “I still don’t know to this day what it is about that video that made it do what it did, but it changed my life.”

Clark, who also plays eight instruments, has been co-writing in Nashville since she was 15. Her earliest songs, including “It’s ’Cause I Am,” are featured on her Real to Me EP, released in February.

Clark penned “It’s ’Cause I Am” with Laura Veltz and Cameron Jaymes in late 2019. It was one of the last in-person writing sessions she had before lockdown. The song idea came to Clark after witnessing a snide remark from an older gentleman who saw her carrying a guitar into Starbucks.

“I was trying to get back out the door and this random guy sees that I’m a young girl with a guitar in Nashville and he just goes, ‘Good luck,’” she says. “I turned around and I said, ‘Thank you very much!’ I was so angry that people judge me before they knew who I was or what I was capable of. I had a really fun time ranting to Laura Veltz and Cameron Jaymes about that situation and that feeling.”

“The biggest thing I can hope for being a songwriter and being an artist is just using my voice and hoping that someone relates to it,” she says. “That’s all I can ask for.”

For more of my interview with Callista Clark, visit Country Insider. 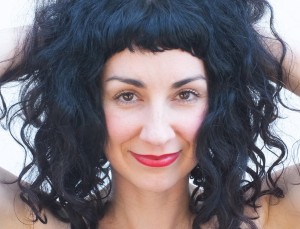 Songwriting Session is a column that goes behind-the-scenes with artists and songwriters. Each Sunday, a new songwriter will share their journey and provide lessons they’ve learned along the way. This week, Laura Veltz shares what she has learned as a songwriter.

For ten years, Laura Veltz was in a band with her family where she made music with her parents, brother and sister while touring the country. Veltz describes herself as the utility player — whatever instrument was needed she’d pick up and play. While she loved making music, she didn’t enjoy being in the spotlight. In fact, she said being the front woman made her feel anxious. It took her years before she was finally able to admit this to herself because she didn’t want to disappoint her family.

She was 21 when she wrote her first song after picking up a guitar. She laughs recalling the experience, saying the song made no sense lyrically and had no Nashville elements to it. Her family happened to be touring through Music City shopping for publishing deals when her dad suggested she play her new song during a meeting with Windswept Pacific Music. A man at the publishing company told Veltz that she was going to be a songwriter and that moment stuck with her throughout the next seven years as she contemplated what a career as a songwriter could be like.

“I just started writing, really out of stress,” she tells me over coffee at hip East Nashville cafe Dose. “I was trying to find something that felt like mine.”

After talking with a family friend, Nashville Songwriters Hall of Famer Kye Fleming, Veltz decided to give Nashville a try. Before quitting the band though, Fleming advised her to visit Nashville first to see if she enjoyed co-writing. Veltz immediately took to Nashville, saying it felt like home. Her first co-write with Skip Black (Craig Morgan, Gary Allan, Tyler Farr) went well and the song they wrote together wound up on his next session. She’d soon find herself writing with Edens Edge, helping to shape their sound, and years later would have cuts with artists like Jana Kramer, Eli Young Band, Chris Young and Maren Morris. It was her early success with Edens Edge that ultimately convinced her to quit the family band at 28 and move to Nashville in 2008.

Veltz knew success wouldn’t come overnight so she bartended and waited tables, all while writing songs. She slowly paid her dues and by 2011 she was signed to a joint publishing deal with Big Machine Music and Warner Chappell Music. By 2013 she had her first single on the radio with Eli Young Band’s “Drunk Last Night.” The song would soon become her first No. 1. Written with Josh Osborne (Sam Hunt’s “Body Like A Back Road,” Kenny Chesney’s “Setting the World On Fire,” Blake Shelton’s “Sangria”), Veltz vividly recalls writing another song first that day. The song they were working on was inspired by a quote she heard from Garth Brooks at the NSAI Awards earlier that year where he discussed an event in his life and said, “God did what God does.” A cool concept for a song, she and Osborne immediately began writing the blueprint of that sentence and were getting real deep when Veltz paused.

“At some point, I was just like, ‘I’m sorry. I’m really hung over. I got a little drunk last night,’ and he just went straight for it,” she recalls. “He hardly even said, ‘we should write that.’ He just started singing, ‘I got a little drunk last night’ and I think it wrote itself in 45 minutes. It was such a beautiful co-writing experience. It was the first one where I felt like I was in the level of room where there was a seamlessness. Nobody was frustrated.”

For more of my interview with Laura Veltz, visit Sounds Like Nashville.