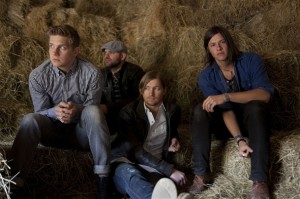 Last week, I named NEEDTOBREATHE as You Sing I Write’s band of the week. Quite possibly my favorite concert of 2010 so far, NEEDTOBREATHE’s phenomenal live set impressed at Irving Plaza. It comes as no surprise then, that I’m not their only fan.

Earlier this year, Taylor Swift tweeted:  “Trying to find a @needtobreathe concert close to one of our tour dates– dying to see their show!” Turns out, last week she invited the South Carolina natives to join her during her 2011 US and Canadian tour dates and let her fans know via twitter.

“@needtobreathe is my opening act for the Speak Now Tour. It’ll be a nightly challenge to get ready for my show instead of watching theirs” 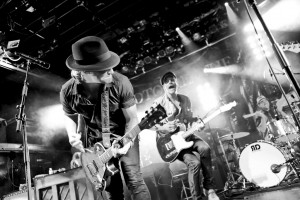 From the moment NEEDTOBREATHE took the stage at Irving Plaza November 5, it was evident that this wasn’t just any concert. The South Carolina natives have been honing their live show for the past 10 years and Friday night was no exception. Fans came out in flocks to see them and they didn’t disappoint. 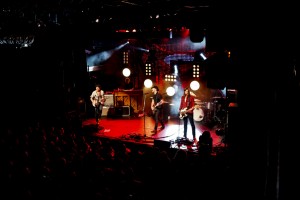 As smoke engulfed the stage and guitar fuzz and percussion were heard in the background, NEEDTOBREATHE took the stage to screams. The band kicked off their set with the energetic “Prisoner.” With an impeccable electric guitar interlude mid-song and frontman Bear Rinehart teetering close to the edge of the stage, the band kept the audience on it’s feet. Not a complete deviation from their album, NEEDTOBREATHE proved their live show is like none other. While “Prisoner”  neared eight minutes with instrumental features and improvisation, the band managed to keep things fresh and continually showcased their musicality. 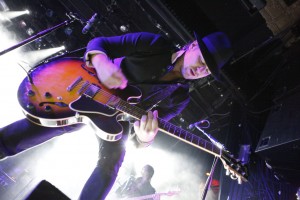 “Thank you all for being here. It  means a lot to us. We appreciate it very, very much,” Bear said before they performed “More Time” off their album Heat to excited fans who sang along word for word. With an instrumental  breakdown and foot stomping rhythm mid-song the band impressed. 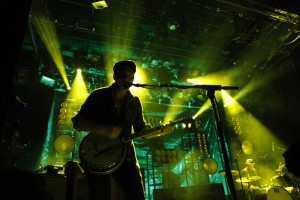 NEEDTOBREATHE has been working on a new record much to their fans delight and they debuted a track off their upcoming release called “Devil’s Been Talking.” With a memorable banjo intro, soaring guitars and powerful percussion, the song is only an introduction of what’s to come. While concertgoers no doubt enjoyed hearing new tracks, it was songs from their most recent album, The Outsiders, that received the loudest screams. 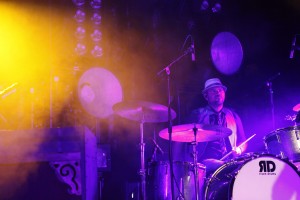 “Girl Named Tennessee” livened up the venue with funky guitar accompaniment and hand clapped rhythms. The  floor shook as fans stomped along during the song’s entirety. Showcasing their ability to switch gears, moving ballad “Stones Under Rushing Water” slowed things down with light guitar and percussion combined with Bear’s relentless vocals. As the music lessened to the fadeout of the track, Bear sounded like a gospel singer as his voice reverberated throughout the venue. 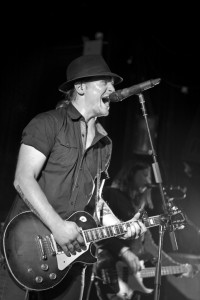 The piano infused “Washed By the Water” followed suit before Bear once again thanked the audience for attending the show. “We’ve been together for 10 years and it means everything to us that you show up.” 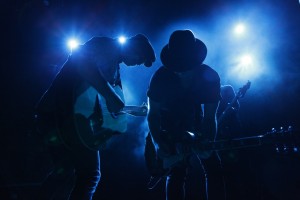 After NEEDTOBREATHE performed for just over an hour they left the stage. But, not for long. As fans chanted “NEEDTOBREATHE,” the quintet came back out for a two-song encore, which included a jaw-dropping acapella version of “Valley of Tomorrow” to the hushed crowd. (Watch below!) NEEDTOBREATHE closed their impressive set with “The Outsiders,” to a sing-along. A testament to how far they’ve come, after 10 years NEEDTOBREATHE show no signs of slowing down.

Watch NEEDTOBREATHE perform “Valley of Tomorrow” acoustic below and for my interview with them, click here.

From the moment the Gaslight Anthem took the stage at New York City’s Irving Plaza last Tuesday, the energy in the room skyrocketed. The day of their record release for new album American Slang, the New Jersey quartet demonstrated what a rock show should be. As fans clapped along at the right moment on every song, singing word for word and creating havoc by dancing and crowd-surfing in a mosh pit on the floor, the excitement of the sold-out show was evident.

For my complete review with additional photos, visit Venus Zine. 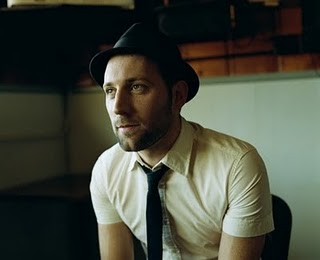 I’ll be catching Mat Kearney tonight at The Fillmore NY @ Irving Plaza with some friends and covering it on Twitter if you’d like to follow along. I was lucky enough to meet up with Kearney a few months ago while he was touring with Keane and it was one of my favorite artist interviews yet.

You can read the full transcript of my interview here, as well as listen to the audio. To hear Mat talk about the new album, his writing process and stories behind his songs, click here. For his view on writing about personal relationships, being an opening act and advice to aspiring musicians, click here. 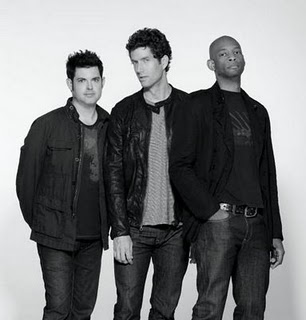 A huge sensation in the 90s, Better Than Ezra proved last Friday night at The Fillmore New York at Irving Plaza that they’re far from a nostalgic memory. Playing for nearly two hours, the band had die-hard fans singing along to their old hits as well as some covers and surprise guest appearances.

Tyrone Wells opened the night playing many tracks off his latest album, Remain. Winning over the audience with his soulful covers of Marvin Gaye’s “Let’s Get It On,” Bon Jovi’s “Livin’ On a Prayer” and The Police’s “Roxanne,” as well as his captivating storytelling, the night’s surprises started with Wells. 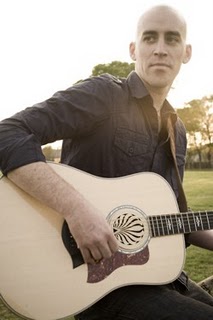 After telling a heartwarming tale of a fan calling him to request Wells’ presence performing at his wedding proposal, Wells’ called out a name in the crowd. “Tara in the balcony, I think you should turn around.” Low and behold, her boyfriend, Steve, kneels on the ground and proposes. Screams and applause erupt throughout the venue as she accepts.

“This song is going out to Tara and Steve,” Wells said before segueing into his hit, “Sea Breeze.” Apparently Wells’ concerts are the place to meet your future significant other. He told the crowd he’ll be playing Highline Ballroom October 7, before ending the night with powerful number and title track off his album, “Remain.”

Shortly before 10:30 Better Than Ezra took the stage to screams. The women around me were still smitten over lead singer Kevin Griffin and could be heard screaming, “He’s so hot! I’d take him home,” continuously throughout the night. Infatuated fans aside, Better Than Ezra put on a pleasing set and showed the crowd that they still know how to rock. 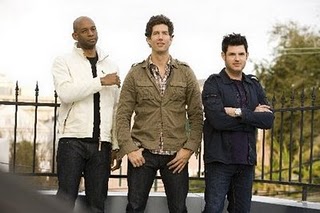 Playing songs off their latest release, Paper Empire, as well as hits off their eight album catalog, Better Than Ezra had all in attendance feeling like they were in college again. “I’m going to be three things to you tonight,” frontman Griffin told the crowd. “A guy, a confidant, and devil’s advocate,” he said before beginning, “A Lifetime.”

Previous hits like 1995’s “Good,” and “Extra Ordinary” mingled with new tracks “Absolutely Still,” the crowd equally receptive. Midway through their set none other than New Orleans’ Manning brothers Peyton and Eli took the stage, before aptly titled track, “King of New Orleans.”

And that was just the first 10 songs. Playing a 23-song set, it was hard to decipher the crowd favorite. “Desperately Wanting” came close as all around me were singing along word for word. “A lot of bands put out a lot of good albums and then it sucks. Not true for us,” Griffin said before playing “I Just Knew,” a moving ballad and last track on their latest release.

The Manning brothers made one last appearance onstage, this time throwing footballs into the crowd before Better Than Ezra began playing AC/DC into which the DJ segued into Black Eyed Peas’ energetic track, “Boom Boom Pow.” Never short on energy, the band pleased the crowd with a five-song encore.

“Thank you guys for so many years,” Griffin said before promising, “We’ll be back around.” From the look of the sold-out venue Friday night, their fans will be waiting.

For more on Better Than Ezra, be sure to visit them on MySpace. To listen to tracks from Tyrone Wells, and catch his current tour dates, check him out on MySpace too.