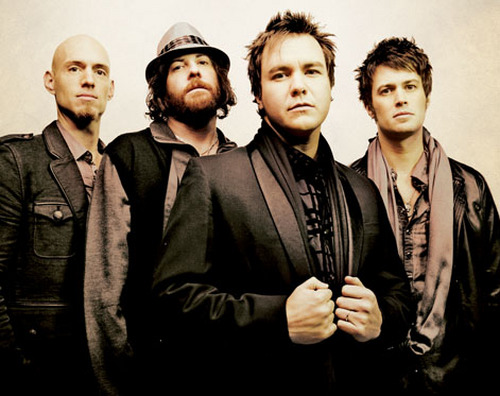 When I really like a song I tend to keep it on repeat. That’s what happened when I first heard Eli Young Band‘s “Even If It Breaks Your Heart” last year. The best songs have something that allows the listener connect, and this song definitely had that for me. “Keep on dreaming even if it breaks your heart,” they sing. Something relatable to me, I likened it to my dream of being a music journalist. There are so many obstacles thrown at you if you decide to really go for that dream and at times it all seems nearly impossible.

For me, this rang all too true as I was struggling last January to make life as a freelancer work. Down to just a month of rent in my savings account, I often wondered why the heck I decided to pursue this field. Hearing this song reaffirmed that dream. If something is truly worth fighting for, there will be obstacles thrown at you. You just have to embrace them and figure out a way to combat them. “You gotta keep believing if you wanna know for sure.”

Upon reaching out to all my contacts, I learned that CBS Local had just started a music department. I applied and a week later had three interviews lined up that led to a job offer. This past weekend, several people asked me how I came to work at CBS when I helped host a music memoir workshop for Girls Write Now. It was a long journey, but the words I kept repeating was that music journalism was all I ever dreamed of doing and if you work hard enough for something it will all work out. At least that’s what happened to me and I’m constantly reminded of this whenever I hear “Even If It Breaks Your Heart” on the radio.

I was lucky enough to interview the songwriter behind this song earlier this month. Sitting down with Will Hoge on his tour bus and him telling me how the song came together was so intriguing. He wrote the song with Eric Paslay, who he described as being fresh in the music scene and still very optimistic. Hoge, on the other hand, has been struggling for 15 years to make his dream work and was slightly more realistic when it came to music. While Paslay came up with part of the chorus, “keep on dreaming,” Hoge added in “even if it breaks your heart.” Listen to Hoge’s version below.