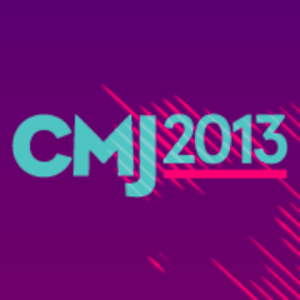 Last week, hundreds of bands and music industry professionals ascended onto New York for the annual CMJ Music Marathon. While many acts attended with the goal to be signed by a label or simply get their name out there, artist Will Hoge offered advice during his set Wednesday night at the Bell House. Urging artists not to simply play a festival in hopes to get signed, he said they should instead hit the ground running by buying a van big enough to fit the band and their friends and tour the country themselves.

“If you want to follow your dream, you don’t want to ask permission,” he told the crowd. “It may take a long time. It may take five years, ten years, 15 years. You just don’t know. You could be a long way from home.”

Hoge knows this firsthand as he’s been working in music for 15 years. While he wasn’t exactly on the official CMJ lineup, his performance was during the festival and as a few badge holders trickled into his set, he was a reminder of how hard work, persistence, and a little luck are essential for a career in music. His show acted as a an album release party and tour kickoff and his blend of country and rock reaffirmed just why he’s so highly regarded in the music community.

During his set, Marc Scibilia, played many of the songs from his most recent EP, The Shape I’m In, released last month. ”I almost missed two flights today. Fortunately, I only missed one flight. I spent a lot of time in the airport but I’m here now so it’s fine,” he said before he began to play “The Shape I’m In.” It was a fitting introduction, as the song details the many miles he’s traveled in life.

Santa Barbara-based band Tommy & the High Pilots performed Friday night as part of my work showcase. The moment they took the stage the energy in the room changed with their radio-friendly pop-rock. Playing songs off their latest album, Only Human, the band urged the crowd to dance along for their last track “Outta My Head.” The band’s upcoming tour with the Plain White T’s and Parachute will likely shine a light on their catchy choruses and strong pop sensibilities.

Part of why I love attending CMJ is that you can walk into any venue throughout New York and never quite know what you’ll find. On Wednesday, I went to meet my roommate at The Living Room to check out a few bands. As soon as I heard the first notes being played by Rocket & the Ghost I was hooked. It’s hard to believe that the band will be releasing their debut Self-Titled EP in November as they had this distinct professionalism and command of the stage that made them look like lifers.

Another artist who was part of Radio.com‘s acoustic set Friday night, from the moment James Bay took the stage I was entranced. His soulful vocals are reminiscent to Ray Lamontagne and once he swapped his acoustic for an electric guitar the comparisons to John Mayer were undeniable. The only difference: Bay seems more sentimental, even singing of having butterflies at the beginning of a relationship. Key line: “I realize you’re all I need. I hope I’m not too late.”