Gearing up for Miranda Lambert’s concert next week at Terminal 5, I’ve been listening to country music all day. (Not that I don’t normally listen to country music to begin with…) I came across Billy Currington’s song, “Until You” off his latest release and decided to make it my song of the week until I found out it was a cover of Dave Barnes’ original. Having featured Barnes on the blog several times, I couldn’t believe that I had never heard it before. Watch the video below, I’d love to know your thoughts!

Related Links:
• Q&A with Dave Barnes
• Song of the Week: “God Gave Me You”
• Lady Antebellum Bring Nashville to New York at Sold-Out Show
• Artist of the Week: Billy Currington 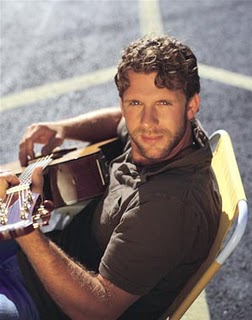 Grammy nominated singer-songwriter Billy Currington burst onto the country scene in 2003 with his critically acclaimed self-titled release. Two albums later and many concerts later, Currington continues to make a name for himself with hit songs and festival anthems.

Billy Currington proved to be a wise choice to join the Stagecoach lineup. So many of his songs could have been the event’s official anthem — “People Are Crazy” (painted on numerous T-shirts and tailgates), “Swimming in Summertime” (lots of bathing suits but no pool in sight) and “Don’t” (as in, “Honey, should I keep doing drunken handstands even though that guy behind me is trying to watch the show?”). Currington’s new single fits the bill, too — an easygoing tune called “Pretty Good at Drinking Beer.”

Recently nominated for the 2010 CMT Music Awards for Male Video of the Year for hit single, “People Are Crazy,” 2010 is a promising one for Currington. Additionally, he was just added to Carrie Underwood’s upcoming fall tour.

With his relatable, reflective lyrics and soothing vocals, Currington proves to be a force to watch in the country music scene. Songs like passionate ballad “Must Be Doin’ Something Right” and the fun, life-affirming “People Are Crazy” in which he sings, “God is great/Beer is good/And people are crazy” leave an impact on the listener.

For more on Currington, visit his Web site and watch some videos below.

“Party For Two” with Shania Twain

“Must Be Doin’ Something Right”