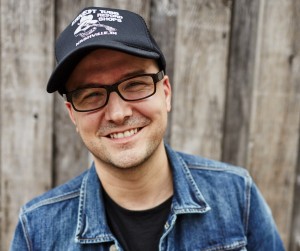 Songwriting Session is a column that goes behind-the-scenes with artists and songwriters. Each Sunday, a new songwriter will share their journey and provide lessons they’ve learned along the way. This week, Luke Laird shares what he has learned as a songwriter.

Throughout most of junior high, Luke Laird enjoyed writing songs. A fan of all genres, the Pennsylvania native cites his first concert as an introduction to country music. Witnessing Randy Travis live had the young songwriter paying close attention to the lyrics within each song and growing up in rural America, to which he could relate. A family vacation to Nashville between his sophomore and junior year of high school forever cemented his decision to become a professional songwriter. As Laird recalls, he was immediately sold on Music City during that first trip after catching a show at the Bluebird Cafe and witnessing writers perform the songs he heard on the radio.

“That really triggered, ‘Oh, this is really, actually a possibility,’” he tells me, seated comfortably in his upstairs writing room at Creative Nation on Music Row. “My mom found out about MTSU and the recording industry program and that’s the only school I applied to. Fortunately, I got in and that got me down here to Nashville. Once I finally had a car my junior year of college I would drive up here and do writers nights and open mics.”

In 2000, while still a student at Middle Tennessee State University, Laird met Chris Oglesby from BMG. Two years later he’d find himself signing his first publishing deal with Oglesby and BMG where he’d stay until about six years ago when he and his wife, Beth, opened their own publishing company Creative Nation.

Before he signed his deal, Laird worked as the tour manager’s assistant to Brooks & Dunn. His first job out of college, he learned about the inner workings of the industry and what it’s like being on the road. He also made sure to find time to write in the mornings and on his days off.

“My ultimate plan was to get a publishing deal but at that point nobody had offered me a deal. It was an awesome first job in the music business,” he reflects. “When I was in town I’d be trying to get meetings with publishers. There was a guy I knew who had a publishing deal named Bill Luther and he’s the first writer who really encouraged me to shoot for it and believed in me. I’ll never forget that. He introduced me to his publisher at BMG at the time. That’s who eventually ended up signing me.”

It would take years of writing before he saw his first chart topper in 2007 with Carrie Underwood’s “So Small,” the lead single off her sophomore album Carnival Ride. Laird vividly remembers hearing the song on the radio for the first time while driving in his truck to a co-write.

“It was very surreal to hear that. It was like, ‘Wow!’” he recalls nostalgically. “The most surreal part for me writing songs in the beginning was if I would go back home for Christmas and hear a song I wrote on the station I grew up listening to. That’s when it’s like, ‘Wow, this is crazy!’ Still, it’s such a thrill when you get to hear the song on the radio. For some reason, they always sound better on the radio.”

For more of my interview with Luke Laird, visit Sounds Like Nashville.