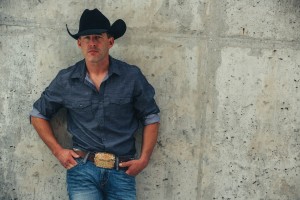 Aaron Watson shocked the country world in 2015 when his independent album The Underdog debuted at No. 1 on Billboard‘s Top Country Albums chart with no major support or label. The milestone made Watson the first-ever independent male country artist to have an album debut at No. 1.

Since then, the Texas singer/songwriter has been hard at work on his follow-up, Vaquero, which was released on Feb. 24. Watson wrote or co-wrote every song on the 16-track album and the record showcases his unique brand of traditional country music. Each song tells a striking story that stays with the listener long after the last note is played. Many songs include country instrumentation at the forefront whether its soaring fiddle accompaniment, boot stomping rhythms, pedal steel or acoustic guitar.

Vaquero kicks off with the sweet ballad “Texas Lullaby” about a young Texan who finds himself called off to war. While fighting for his country and fearing for his life, his love back home in Texas keeps him hopeful of returning. Meanwhile, the poignant song’s vivid imagery keeps the listener intrigued and rooting for the soldier’s safety.

While the upbeat “Take You Home Tonight” keeps listeners tapping their feet with soaring fiddle accompaniment, the nostalgic “These Old Boots Have Roots” dig deeper as Watson sings of how he’ll always stand his ground and not forget where he comes from. “So I’ll march to the beat of my heart pounding like a drum,” he sings.

Penned by himself, “They Don’t Make ‘Em Like They Used To” is one of Vaquero‘s standout tracks. It’s a song that Watson says is his best-written on the album and this is evident as the ballad has the singer looking back on his youth and remembering the important values many people were taught as children.

“So you live the kind of life so long after you’re long gone / You’ll always be there in their hearts and your love light will shine on / And someday they’ll sit around down at John T’s Country Store / They’ll be laughing over stories you told a thousand times before saying / They don’t make em like you anymore / They don’t make em like you anymore,” he sings.

Other highlights include the sultry “Run Wild Horses” with driving electric guitar and the striking “Vaquero” where Watson tells a tale of meeting a Mexican cowboy mourning his departed wife at the bar. Struggling financially, the cowboy asks Watson for a shot in exchange for some wise words. It may be the best tab he’s run up as he goes home to his wife, reassessing the blessings in his life.

“He said don’t leave your beer in the hot Texas sun / Don’t argue with a woman when she’s holding a gun / Never cheat when it comes to love or dominos . . . don’t live your life like a sad country song,” Watson sings.

Good advice runs deep on Vaquero. Another track, fittingly titled “The Arrow,” this time has Watson offering lessons he’s come to learn in his life and bestowing them on his children (and listeners). “Don’t you forget every sunset will become a sunrise soon again / So be bold and be brave and beware . . . stay razor sharp and find your mark as you go chase your dreams,” he offers.

An album that offers just as much escape as it does wisdom, Watson leaves his mark once again on Vaquero. The Texan proves just why he launched to No. 1 with his last release and if Vaquero is any indication, he will do so again.

For more on Aaron Watson, visit his website. Vaquero is available now.