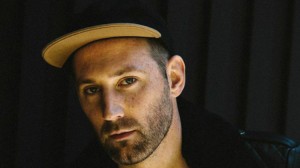 On his fifth studio album Just Kids, which hit stores last month, Mat Kearney gets reflective. Throughout much of the album, the singer-songwriter looks back on his childhood and the beginning stages of his career.

As the Eugene, Oregon native explains, his parents moving the family away from his hometown when he was in middle school had a significant impact on him and influenced who he would become as a person.

“You’re mourning the loss of your hometown,” he reflects regarding that move. “A lot of Just Kids was written about that season of my life.”

Just Kids, however, reintroduces Kearney’s hip-hop side, something fans haven’t heard much of since his debut album Bullet in 2004.

“I think as an artist, maybe this is good or bad, but whatever I did before usually the opposite interests me the next time around,” he admits with a laugh. “The whole spoken word thing, maybe it’s reflecting on that season of my life and when I first started.”

Kearney admits that Just Kids is very autobiographical. On “Los Angeles,” he tells the tale of picking up and driving 29 hours from Nashville to Los Angeles when a friend offers up his studio to record.

“I think that was the season when I realized how important music was to me…that I would drive across the country, basically move for six weeks to be in a creative environment with people,” he reflects. “It was really becoming my first love, true love at that point.”

In between the nostalgic songs like “Los Angeles” and “One Black Sheep,” where Kearney likens himself to being the black sheep in his family, there are ’80s and ’90s pop-influenced love songs inspired by his wife, including his first two singles off the record, “Billion” and “Heartbeat.”

“She appreciates it but she isn’t affected like maybe someone would be,” he says, when asked if his wife enjoys being his muse. “It doesn’t get me out of taking the trash out. When I write, she’s like, ‘Oh, that’s a cool song.’ I’m like, ‘People pay to see me sing these, babe.’ She’s like, ‘OK, that’s cool.’ She’s very unimpressed, which is a healthy thing in our relationship.”

Read more of my interview with Mat Kearney at Radio.com.