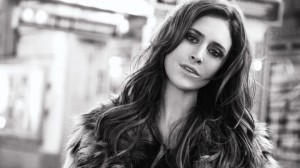 Late last year, I stumbled upon Kelleigh Bannen‘s ear worm of a track, “Smoke When I Drink,” on Spotify. I was immediately hooked and the chorus of the song stayed in my head for days.

“Smoke When I Drink” hits the listener at full force from the very first guitar lick. When her smooth vocals enter, the song picks up steam as she sings of taking a shot to calm her nerves just in case she runs into her ex at the bar.

“Baby you’re a cigarette straight to my head/ I’m high as a kite while I’m saying I only smoke when I drink,” she sings as her former flame walks on over. Bannen’s growl on the chorus further compliments the edginess of the song.

The gritty track turns the boys on their heads because, hey, girls smoke and drink, too. Listen to the track below.