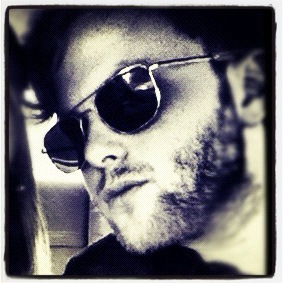 Remy St. Claire has been making music for as long as he can remember. He’s been writing lyrics since he was six-years-old, making and mimicking sounds from his everyday life. His first release, the excellent seven-track Black & White, is an introduction to his passion for music and he likens it to being born. “Coming out into the world, they always say when you’re born you go from the darkness to the light,” he said. “It felt like that for me, so that’s why I wanted to call it Black and White.”

Throughout the EP St. Claire mixes memorable soundscapes alongside vivid imagery within his lyrics. Whether he’s talking about politics, relationships or putting things into a historical context, his music impresses.

Black & White begins with wavering electric guitar on “Here and Gone.” Alongside guitar distortion and heavy percussion his inner questioning is revealed. “I am here and gone/Am I weak or strong?” he asks. Later, singing of philosophy and having nowhere to roam, the music picks up with more of a jazzy component complete with organ and St. Claire’s echoed vocals.

Next song, “Tom Foolery” adds dark strings to mimic the wind which is heard at the track’s start. Soon after the strings disappear delicate strokes of the piano enter. Meanwhile, St. Claire’s soft vocals are noticed for the first time. Showcasing his more sensitive side, “Tom Foolery” also features his powerful vocals as he perfects the crescendos. The guitar still remains at the forefront with bass heavy features. As a result, the guitar intensifies his vocals further drawing the listener in before the song ends with what sounds like the shot of a rifle.

Next track, “Too Many Left Behind” further showcases his talents with ear-grabbing guitar features and whispered vocals. Easy to envision as a part of a dramatic stage show, St. Claire’s diversity from track to track is impressive. Whether he’s whispering or yelling the lyrics, each song varies with theatrical highs and heart shattering lows.

“Nero” once again switches gears, this time with strums of the acoustic guitar and Claire’s wavering, rustic vocals. Singing with great emotion, the poignant ballad slows things down. “Time’s not where I want to go,” he sings effortlessly before the music picks back up and St. Claire’s hesitations are heard. A short track clocking in at nearly three minutes long, he manages to get his point across.

While “Nero” is the shortest track on the EP, it only makes sense that it be followed by the longest song on the release. The ethereal 10-minute long “Death On the Bayou” is melancholy and suspenseful. Throughout the song minute long instrumentals include foot-stomping rhythms alongside gritty riffs and impressive slide guitar.

“Freedom Doesn’t Come” closes the album with brighter vocals. Though he’s singing of desperation, his warm vocals and upbeat music paints an entirely different picture. “Lonesome is all that I am,” he sings passionately. With a release this strong, Remy St. Claire won’t be lonesome for too long.