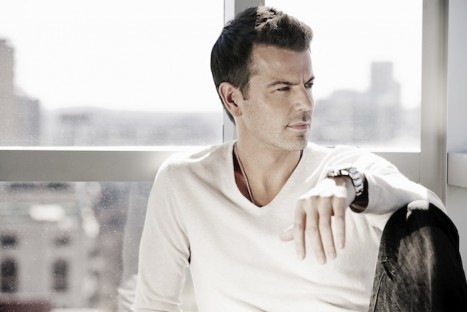 A New Kid is back in New York City.

Currently on tour in the U.S. promoting his latest solo album, Unfinished, Jordan Knight of New Kids on the Block fame talked with CBS Local about his life as a solo artist and member of the iconic 90s pop group.

Knight got his start in New Kids On the Block as a teen in the 80s – and nearly three decades later continues to pursue a career in music. On a break from touring with NKOTB and the Backstreet Boys on their world tour, Knight discussed the difference between producing and releasing his record himself vs. the big production behind the New Kids.

“Doing something like an album, promoting your own tour, and doing your own label, that’s what I did with my latest album Unfinished, it’s a lot of work. You definitely have to be dedicated to do it and I was and I am,” he said.

“I think the best thing about it is that it gives you a whole lot of self-satisfaction. Being in the New Kids and doing big arenas and traveling the world, that’s great and that’s hard work too but compared to what I’m doing now it’s very cushy.”

For my complete article and video interview visit CBS.