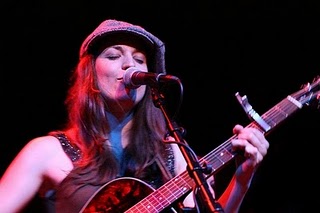 During Amber Rubarth‘s first night back in New York after touring Japan, she invited several friends to share the stage. Performing for nearly 90 minutes, Rubarth’s girl next door charm and witty, emotion-filled vocals captivated all at the newly opened Stage 2 at Rockwood Music Hall.

Rubarth kicked off the night with the moving “In the Creases.” With oboe accompaniment and her comforting vocals, the room stood still. Throughout the night musician friends took the stage to provide backing vocals, piano and guitar accompaniment or perform tracks of their own. 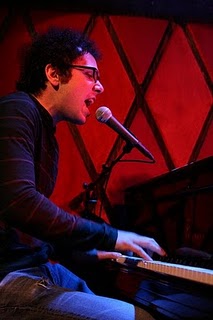 The rustic country-esque “This Is Real” showcased Rubarth and Peter Bradley Adams on vocals and Tony Maceli on bass while jazzy ballad “Full Moon In Paris” introduced Ian Axel on piano. French songstress Julie Peel took the stage for “Song to Thank the Stars,” a track Rubarth joked about writing in France. “It’s a lot harder to write a love song than a breakup song. So I only have one,” she said. 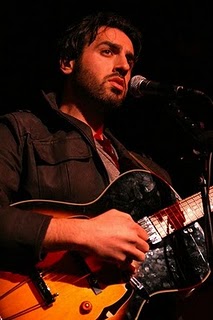 Before crowd favorite Ari Hest took the stage, Rubarth concluded, “It’s more like a party than a show tonight.” And that it was. The audience, mostly filled with fellow musicians, didn’t seem to mind.

Debuting her newest song, “Letter From My Lonelier Self,” alone on guitar, Rubarth reminded everyone why they were there. With moving lyrics, “You’ll hear the answers if you listen/When it’s love don’t wait to say what it is/And don’t trade love for an aimless embrace of the wind/Please don’t lose your love like I did,” and her wavering vocals, the song struck a chord. 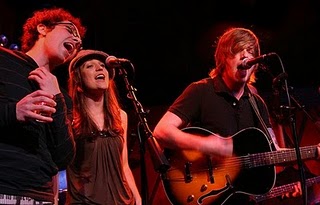 Original tracks “Pilot,” written with Nate Campany, “Good Mystery,” “Edge of My Seat” and the award winning “Washing Day,” co-written with Adam Levy, rounded out the set with additional guest appearances. Ian Axel, Greg Holden and Ari Hest performed a few songs of their own before Rubarth and Hest closed the night with a cover of Tom Waits’ “Hold On.”

While Rubarth’s touring schedule takes her to Europe next month, New York fans will be relieved to know Rockwood remains her favorite venue. “This is the greatest place I’ve ever been. Hands down. Expanded it’s more beautiful then I ever imagined,” she said. 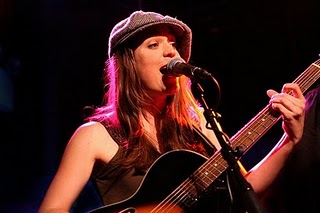 Fellow singer-songwriter Nate Campany summed up the night. “Amber is a rare talent and we’re all lucky to have her as a friend and inspiration.”

For the latest tour dates and music, be sure to visit Amber Rubarth on MySpace.