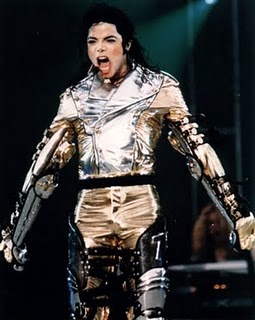 This Is It is a must-see for music lovers and above all, Michael Jackson fans. The film showcases rehearsal footage for Jackson’s upcoming dates at The O2 arena in London, to which he hailed as his “final curtain call.” What was quickly regarded as being his comeback performance, 40 shows were added to the initial 10, all of which quickly sold out. Dying less than three weeks before his first show in London, This Is It is a glimpse into what could have been Jackson’s most electrifying performance yet.

For nearly two hours, the movie theater is transformed into the stage at the Staples Center in Los Angeles where backup dancers, musicians, and concert directors prepare with The King of Pop. The viewer is taken backstage as the dancers audition, Jackson instructs the musicians down to the last chord of a song and the pyrotechnics and backdrop is revealed.

The film showcases Jackson’s showmanship and attention to detail, even having one band member state, “Michael is a perfectionist and you don’t really find that in pop music today.” I couldn’t agree more. Throughout the film, fans watch the production of MJ classics transform on the stage including “Wanna Be Startin’ Somethin,” “Smooth Criminal,” “Thriller” as well as Jackson 5 hits such as “I’ll Be There.”

While the box office numbers report $101 million on its worldwide opening, the US failed to perform at the level Sony wished for, bringing the domestic total for this past weekend’s run to $21.3 million, Rolling Stone reports. US outlook aside, since being released Oct. 28, This Is It has become the highest-grossing concert film of all time.

A fitting tribute to The King of Pop, This Is It brings the fan up close and behind the scenes of a music legend after his tragic death. Although he is gone, the film and his music will live on and continue to break barriers. No one can state it better than Jackson himself: “That’s why I write these kind of songs. It gives some sense of awareness and awakening and hope to people. I feel so blessed that I can give the world that.”

For an in-depth review of the film, read Peter Travers’ take in Rolling Stone here.

2 replies on “Michael Jackson’s “This Is It” Breaks Records”

thanks for your great sharing^^

Thanks for checking out the blog!