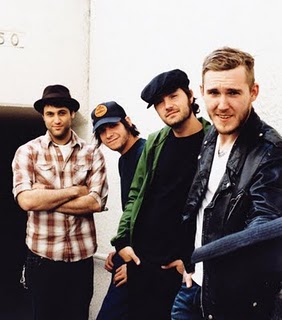 I’ve been following the Gaslight Anthem for a while now. In fact, it was just around this time last year that I stumbled on their feature in Rolling Stone, realizing I knew one of the members from working on the newspaper, The Daily Targum, together at Rutgers. To say they’ve blown up since then is an understatement. By far the hardest band to get an interview with or cover, you’d think it would be easier since I know one of the members.

Gaslight Anthem have been selling out venues throughout the US as well as abroad, even sharing the stage with Bruce Springsteen (see video below). I’m psyched to be catching their show tonight with some former Targum friends. A lot has changed since college, that’s for sure!