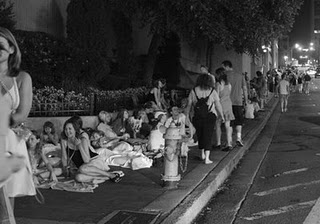 The highlight of CMA week for many fans was Taylor Swift signing at the Nashville Convention Center Sunday morning. While hundreds camped out 18 hours for a chance to meet her in person, Swift showed her appreciation to each and every fan in line. Introducing herself with a welcoming hug and talking one-on-one before signing everything from a photograph to a fan’s guitar, Swift demonstrated just why fans are so receptive to her, signing for well over five hours. 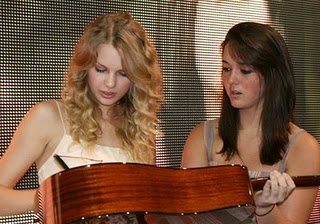 Pictured above is one such fan, Shannon Calley from Birmingham, Alabama who drove three hours and slept outside since 8 p.m. Saturday night to meet Swift. “It was crazy. There were so many people, but I’m so glad I got to meet her,” Shannon said. “She is one of the nicest people ever. I’m so happy she got to sign my guitar because I started playing because of her. The fact that she got to sign it is awesome.” 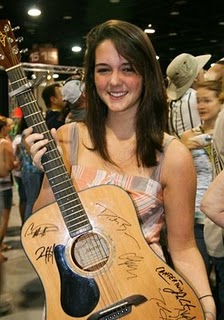 Having been writing songs since she was 13, Shannon’s excitement after meeting Swift was so contagious that I wished I had met her myself! When asked if there was anything else she had to say about her experience, all she had to say was, “Taylor rocks!” And, after listening to Swift in the press conference Sunday night and watching her perform an energetic live set on LP Field, I couldn’t agree more. Stay tuned for the full interview. 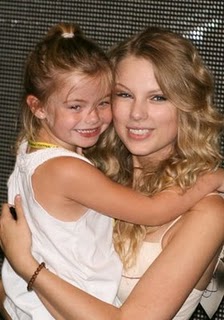