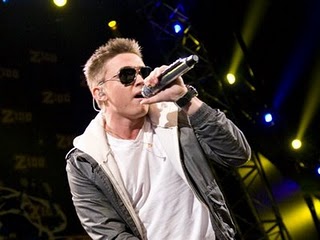 With his current single, “How Do You Sleep?” climbing the charts and a tour with New Kids on the Block on the way, heartthrob Jesse McCartney’s life has been pretty busy as of late. It can’t hurt that the singer/actor/entertainer has been hailed “The Heir to Justin Timberlake’s Throne.”

McCartney, like Timberlake, first rose to fame as member of a boy band. Eventually branching out from Dream Street to a solo career, McCartney has proven his prowess as a songwriter. Remember hit Leona Lewis song “Bleeding Love?” Turns out McCartney along with frontman Ryan Tedder of OneRepublic co-wrote it. Are you convinced yet?

McCartney took some time out Saturday to chat about his growing popularity, new single and his idea of a romantic date. Let the swooning begin.

It’s been a year since you released Departure. What have you been up to?
I’ve been in the studio. I’ve been writing. I’ve been working with some other artists. I did a TV show on ABC called “Greek.” Other than that just cooking, hanging out at the house watching the Food Network.

Are you excited about touring with New Kids on the Block?
I’m looking forward to it. Natasha [Bedingfield] toured with them and she told me how great it was. It’s an opportunity for me to play my music for a little bit of an older crowd which will be nice.

What’s going to be your next single after “How Do You Sleep?”
It’s a new record I just finished. I’m very excited about it. It’s with T-Pain and is called “Body Language.” I did a re-release of the album about a month ago Departure: Recharged. It’s one of the records that I added onto the album. It’s like a “Leavin’ Part II” is how I sum it up and hopefully it’ll be another summer ’09 song.

The girls love you. How do you handle all the attention?
It’s interesting. It’s kind of overwhelming. You never get used to that I guess. The fans have been unbelievably supportive. It’s been an interesting ride, this whole music career. I started at kind of an awkward age and somehow made it out okay and I owe a lot to them [the fans]. They’re the heart of my career and the reason I can get up onstage every night.

Do you feel being in Dream Street has helped out with your solo career? What do you like better acting or singing?
Dream Street was definitely a big chapter in my book and I had certainly an unbelievable learning experience. I was very green to how it all worked and the whole recording process and touring process and it opened my eyes in a big way and it prepped me for what was to come. I don’t really have a preference. I like to consider myself an entertainer in whatever outlet it is, whether it is music or film or acting.

Where’s the most romantic spot for a date?
I have no idea. I think just good food. Maybe my house.

What was it like working with the cast of “Greek?”
It was great. I had a great time with all those guys. Scott Michael Foster became a really good friend of mine throughout the process of filming and even after. We shoot pool together now in Hollywood sometimes. That whole cast, the writers, they really do an amazing job and the actors know how to bring it off the paper to life.

What are your predictions of big songs for the summer?
I’m really excited for the Black Eyed Peas. I think that Will.i.am did it again and I’m very excited and anxious for the album. I heard the next single that they’re going to push and I think it’s going to be huge. I’m going to pat myself on the back a little bit. I’m hoping “Body Language” is going to be the next summer ’09 record. I’ve been working on making summer records and I really want to see it go. 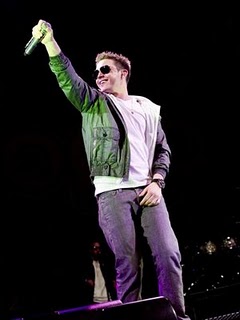