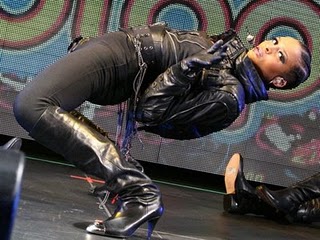 Before I give my full report on Saturday’s Zootopia concert I have to preface this entry by explaining that I grew up listening to Z100. It was always my dream in middle and high school (I’ll admit in college too) to win tickets and attend a show. In fact, I can’t even count how many times I called the radio station in hopes to be caller 100!

Whether it was the Backstreet Boys in the 90s or the Jonas Brothers last year, Zootopia is one of the biggest concerts showcasing today’s hottest music and being behind the scenes always seemed so glamorous to me. Never in a million years would I have imagined I’d be attending and sitting in the press room interviewing the artists I grew up listening to. But, that’s exactly what I was doing Saturday night and loved every minute of it! 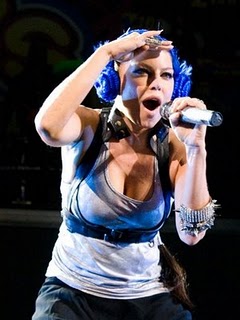 Upon arrival at the IZOD Center in East Rutherford, NJ, Wendy and I were ushered into the press room shortly before 6 p.m. The back wall was lined with video cameras while the front of the room had a dozen or so photographers vying for the perfect location to capture the best shot of each artist. We made our way to the seats and shortly after none other than teen heartthrob Jesse McCartney entered the room. After his photo opp. he made his way to the mics for a quick Q&A.;

I realized right away how aggressive you have to be in a press conference set up and by the time the third artist came in, I made sure I got a question in. While one-on-one interviewing will always be my favorite, this set up was definitely a learning experience. I plan on typing up the Q&A’s from each artist so you can have complete access to what was discussed. Each night this week I’ll post a new interview for you — how does that sound? 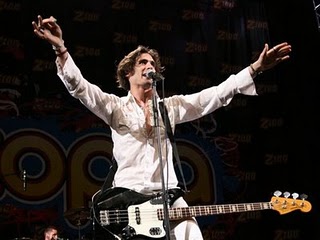 As much as I enjoyed the interviews, I had to catch some of the show. While I’ve seen the All-American Rejects numerous times in concert, their live show is always a treat. Whether it’s frontman Tyson Ritter making peculiar comments to the crowd or funny facial contortions, AAR’s energy and stage presence is undeniable. Playing a solid set of crowd favorites, “Dirty Little Secret” and “Move Along,” they switched gears up a bit by ending with latest single, slower ballad “The Wind Blows.” Riding the waves off chart topper “Gives You Hell,” “The Wind Blows” is sure to do the same. The guys talked about touring with Blink 182 this summer, so be sure to catch them soon! 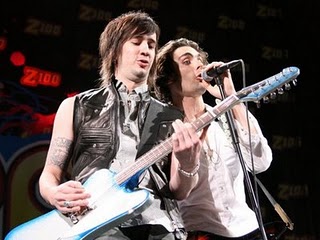 Kelly Clarkson is another must-see live. Her arena friendly pop rock is solid and her vocals are always impressive. Not to mention, she had everyone around me singing along to “Since U Been Gone” (yes, even the guys). “I’m all about quality over quantity,” Clarkson told the crowd. “My personal philosophy is I do not hook up…unless it’s Hugh Jackman or Russell Crowe or someone really hot,” she joked before introducing current radio hit “I Do Not Hook Up.” 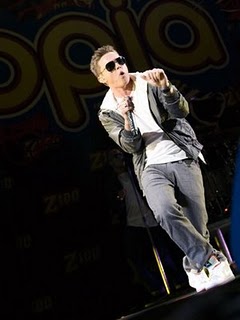 Jesse McCartney opened the night and most likely had all the girls swooning in the crowd. While I watched most of his set from the press room, his dancing and singing style was impressive. Having recently been hailed “The Heir to Justin Timberlake’s Throne,” while McCartney definitely has big shoes to fill, I’m rooting for him. As if that’s not enough, he’ll be touring this summer with New Kids On the Block and will surely win over the older women if he hasn’t done so already. 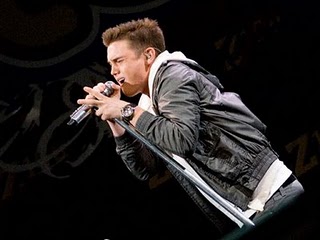 The rest of the night included appearance by Sean Paul, LMFAO and Taylor Momsen as well as the hosts for the evening — Z100’s radio station djs. Ciara’s performance made me wish I paid more attention in dance class, as her moves were like no one I’ve ever seen while Flo Rida and Soulja Boy wowed the crowd and surely increased the energy for Black Eyed Peas’ closing set. 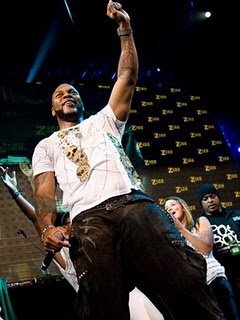 If anything is certain from their performance Saturday night, the Peas will have the album of the summer. While “Boom Boom Pow” is heating up the charts, next single, “I Gotta Feeling” undeniably will to do the same. The band proved the breakup rumors to be false and their show demonstrated that they’re in it for the long haul. Playing past chart toppers, “Where Is the Love,” “My Humps” and “Let’s Get Retarted” the Peas had concertgoers at the IZOD Center on their feet, dancing and partying along until the last beat of “Boom Boom Pow” was played.
Stay tuned this week for interviews with each of the performers!