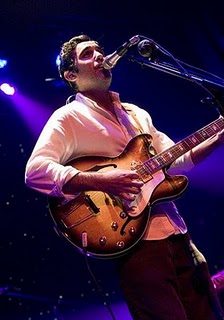 Taking the stage to a swarm of screaming female fans, Joshua Radin played to a packed crowd at Webster Hall last Friday. Radin’s performance was nothing short of surprises as fellow singer-songwriters Ingrid Michaelson and Dar Williams accompanied him on two songs throughout the night. Playing nearly an hour set, fans left the venue with the hopes of seeing Radin again soon as he told the crowd he moved back to New York just four days prior.

“Hello New York! My name is Joshua Radin,” he told concertgoers after first song, “Free Of Me,” as if they didn’t already know his name. “It’s New York City and you never know what can happen,” he continued before Ingrid Michaelson took the stage to assist on “Sky.” Their voices blended beautifully together and the crowd was energized from the moment Michaelson entered the stage, drowning out the rest of Radin’s introduction. 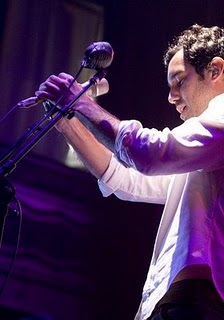 While he has referred to his music’s genre as whisper rock, one might imagine it difficult to hear his soft voice at a concert venue, however this was not the case. In fact, it was quite the opposite. Radin’s vocals remained hushed and undeniably airy at times, but the audience hung on to every lyric sung during his set. Incredulously, on numbers such as “Winter” the room was so silent you could literally (please forgive the cliche) hear a pin drop. He told fans that “Winter” was the first song he had ever written while walking around New York nearly four years ago. Taking the stage alone on acoustic guitar the crowd gave Radin their complete attention as he ended the song to screams. 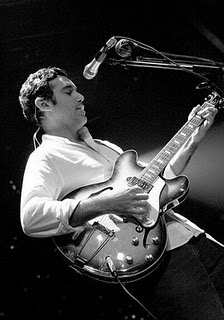 Radin often introduced each song with the story behind it. One such song was inspired by Bob Dylan’s autobiography. Radin said the one thing that stuck out from the book was advice Dylan was given when moving to New York and how he should lose all his envy and fear. “I wrote a song about it because I had so much envy and so much fear and the song is called, ‘No Envy, No Fear’.” The light percussion, guitar and string features blended impeccably well with Radin’s vocals right up to the fade out of the song. 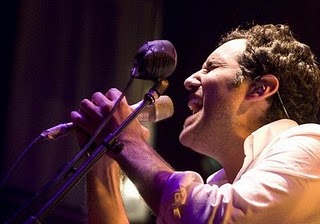 Many of his songs are detailed accounts of former relationships or fantasies. Take “Vegetable Car,” a song he told the crowd was written about a girl he had never met while “One of Those Days” is a heartbreaker that surely melted most girls’ hearts in the room. Having trouble getting over a former girlfriend that used to tour with him, the lyrics include “Now a year has passed/Alone I stay inside and I await the rain/To wash away your face so I don’t have to hide/The sight of you is painful/So I crawl underneath my blanket where I can hide away/I know I can’t take it anymore/’Cause I see now it’s just one of those days.” 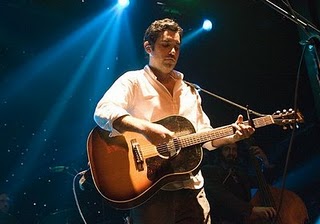 “I have two ex-girlfriends and two records. This one is about the second,” Radin said before introducing “You Got Growin’ Up To Do,” telling the audience that the song is about meeting the right person at the wrong time. Ecstatic to have one of his favorite singers, Patty Griffin, accompany him on the track on his album, Radin described it as “the coolest thing ever.” Singer Dar Williams then took the stage filling in for Griffin’s vocals.

The rest of the night showcased songs from Radin’s latest release, Simple Times as well as his previous album. Ending with a cover of his favorite song ever written and recorded, Sam Cooke’s soulful “Bring It On Home To Me,” Radin promised fans he’ll be back soon since New York is now his home. From the crowd’s response, I think they’ll be eagerly waiting. 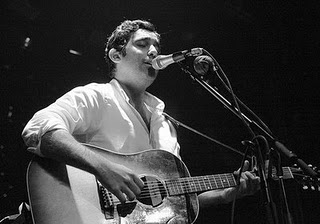 If you haven’t yet, be sure to visit Joshua Radin on MySpace and catch a show when he’s in town! To listen to a stream of single, “I’d Rather Be With You” click here.