I’m so excited to report (as I’m currently watching the USA men’s volleyball team destroy Argentina) that two of the artists I’ve covered and interviewed earlier on my blog have songs featured on the Team USA Soundtrack — Colbie Caillat and Army of Me. These songs include Caillat’s light and airy “Somethin’ Special,” written exclusively for the soundtrack as well as Army of Me’s acoustic version of “Perfect” from their debut album, Citizen. Other artists on the album include Sheryl Crow, Goo Goo Dolls, Taylor Swift and Queen Latifah.

By checking out AT&T’s Website you can watch the music video for each artist’s song as well as two interviews where they explain the inspiration behind the song chosen as well as their favorite Olympic moment, among other topics. You really get to know more about each musician as they talk about what the Olympics mean to them, the similarities between athletes and musicians and how inspiring others through their music affects them. 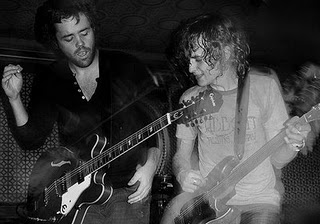 To check out Army of Me’s page on AT&T click here.
For Colbie Caillat, click here.
And, to view the other artists featured on the album check out the AT&T Website‘s artist lineup on the right side of the page. If you like the tracks, be sure to download them as a ringtone before the ceremony ends on August 24!

If you recognize the Army of Me photo from previous posts, it was taken by my friend Wendy Hu and it’s also featured on the AT&T Website!

Michael Phelps in 30 minutes! You think he can beat the all-time record? I don’t doubt it for a second.