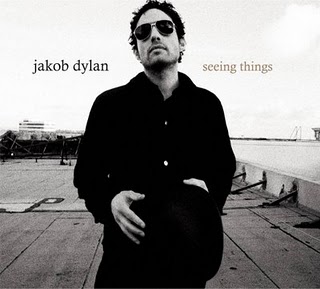 Debuting your first solo album after nearly 20 successful years with the Wallflowers is no easy transition. Now add being Bob Dylan’s son to the mix and that leaves a large shadow in your wake, daring you to be different. With these two hurdles to jump over, it’s an accomplishment to have even tried.

Jakob opens Seeing Things singing, “It doesn’t always have a shape/Almost never does it have a name/It maybe has a pitchfork, maybe has a tail/But evil is alive and well” on track “Evil Is Alive and Well.” A simple song, both with acoustic guitar and Jakob’s deep and at times, raspy voice, the track encompasses what’s to be expected throughout the remainder of the album — a heavy, emotional album with little voice inflection or climax in guitar accompaniment.

While Seeing Things lacks the energy and power of a full band, the album isn’t all a journey into a brooding comatose. Songs such as “Something Good This Way” has a pop style and catchy chorus. With lyrics like, “Got my window open wide/Got a good woman by my side/This kind of day has no night/Ain’t got much on my mind/’Cause I know something good this way comes” the light guitar and soothing voice lightens up the album. The following track, “On Up the Mountain” is almost reminiscent of a lullaby, Jakob singing “You’ll get tired and you’ll get weak/But you won’t abandon your masterpiece/Off to sleep you’ll go.”

When it comes down to it, Jakob’s solo debut is mostly an acoustic album that doesn’t strongly showcase his guitar playing or lyrical writing. Seeing Things lacks the energy and strength of a band behind him, with no catchy choruses and few stand-out songs. While Jacob has the previous track record set with the Wallflowers, he needs a lot more to make the high jump into a solo career. 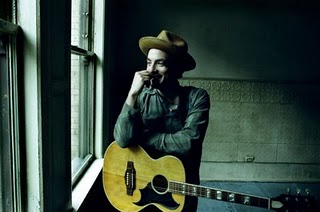 This is only my review of Jakob’s new album, I’d love to hear what you think. If you agree or disagree, feel free to leave me comments!
To listen to “Something Good This Way Comes” click here.
For more music, check out Jakob’s MySpace or Website.

Here’s a video of Jakob Dylan playing “Evil Is Alive and Well” live.

i’m glad you did this review. i was wondering whether or not i should pick it up the last time i was at starbucks.