I’ve been receiving numerous emails debuting new videos from artists. Rather than hold off until the end of the week, I figured I’d feature some of my favorites today. There are plenty more out there, so if I missed any you’ve been diggin’ lately be sure to leave them in the comments!

I interviewed Theresa Andersson during CMJ back in 2008 and was truly impressed by her performance. The one woman band plays multiple instruments throughout her set with the help of loop pedals. Watch her perform “Oh Mary” below. The video is the newest clip from her soon-to-be-released DVD, “Theresa Andersson: Live at Le Petit” due out April 24.

J Lewis blends pop, hip-hop, and R&B throughout his debut video “Dancin’ For Me” featuring Flo Rida. His soulful vocals are sure to be a hit on the Billboard charts. Except his first album release later this year. Check out his music video below.

Cage the Elephant sure know how to party. You can find them jumping from school buses, lighting fireworks and crowd surfing at a house party in their latest video “In One Ear.” It may even inspire you to have your own house party…hopefully with minimal damage.

What did I miss? Which videos can’t you stop watching? Leave them in the comments and maybe I’ll feature some on the blog. 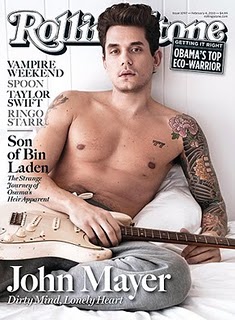 If you’ve been reading this blog for any amount of time, you already know my favorite artist (and dream interview) is John Mayer. Whether it’s his tell-all nature in his most recent Rolling Stone cover story or his comedy as seen on VH1 special, “John Mayer Has A TV Show,” Mayer can do no wrong in my eyes.

A friend reminded me earlier today that he will be performing tonight on VH1’s Storytellers at 8 p.m. and you better believe I’ll be watching! For a preview, watch below as Mayer sings the first track off his album, Battle Studies. And please, VH1, bring back “John Mayer Has A TV Show!” If you need some assistance, I’ll gladly clear my schedule!

Halloween has always been my favorite time of the year. Maybe it’s my chocolate addiction or the fact that you can dress up and be whoever you want for one day. Either way, here are a few songs to get you amped for tonight’s festivities. 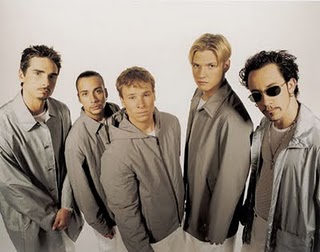 I really can’t help but always be reminded of this video around Halloween. Come on, werewolves, vampires, Jekyll and Hyde? Now if only I was coordinated enough to learn that dance . . .

Watch the “Everybody” video here.

What songs did I miss? Is there a track that always reminds you of Halloween?

I received a press release today announcing the debut of Colbie Caillat‘s comical new video, “Fallin’ For You.” Directed by Malloy Bros, “SNL” cast member Bobby Moynihan plays the rather amusing and unexpected suitor who woos Caillat. Surfboard accidents and awkward moments abound. Watch the video below for more and be on the lookout for Caillat’s sophomore release, Breakthrough due in stores August 25.

For more on Colbie, be sure to visit her on MySpace and if you haven’t yet, listen to my interview with Colbie from last year here.