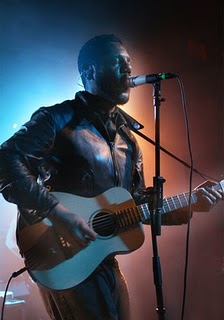 Orchestral. Dynamic. Atmospheric. I’m not really sure how to best explain the show I saw Thursday night featuring Canadian indie-pop band the Dears. It’s one of those sets that you just have to watch, taking in the entire experience. The band, literally a few feet in front of me, had the audience intently listening to every word sung and every chord played, some dancing, some singing along, some making out.

Taking the stage shortly after 8:30 p.m., the Dears entered Hiro Ballroom while their first song of the night, “Disclaimer,” was playing over the loudspeakers. Seconds later, each band member picked up their respective instrument and chimed in. The group’s musically rich set seemingly took the audience into a trance with the blue and green lighting only adding to the distinctive aura surrounding the room.

Categorized on MySpace as Other/Other/Other, it is hard to place the Dears into one specific genre of music. Natalia Yanchak, one of the group’s core members, describes their music as “Orchestral Pop. Boom.” However, even this portrayal doesn’t seem sufficient. Either way, the crowd loved them.

Most of the Dears’ set was comprised of songs from latest album, Missiles, including “Money Babies,” “Berlin Heart” and the beautifully angelic “Crisis 1 & 2” as well as some older obvious fan favorites by the way the crowd was dancing around me.

Clearly experts at a festival like CMJ, Yanchak said this year was their fourth time playing CMJ. “CMJ was the first music festival outside Canada we’d ever played, but that was back in 2000,” she says. “Compared to other festivals, the shows at CMJ are more like regular gigs rather than big, organized showcases. Our gig was kind of like that . . . part of CMJ but more like our own gig.” 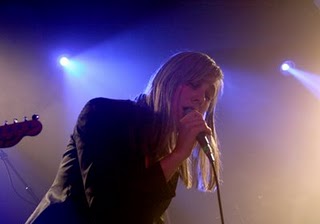 The Dears have been around for quite some time. When asked about their longevity, Yanchak says, “It’s really a spirit that lives on. We’ve had over a dozen musicians come and go, then some return, and leave again.” She continued. “The Dears really is about the moment, about an incarnation, and connecting with musicians that are able to channel the music. As long as the inspiration keeps coming to Murray [Lightburn], The Dears will remain.”

As for her favorite song to perform, Yanchak says, “It really depends on the moment, the vibe in the room and on stage. I can’t predict that until the show is happening. But I’ve been loving playing all the songs in our set.”

Many have talked of their latest album as being a major transformation from their previous releases, but Yanchak says every release is an evolution and progression to another place. “Missiles definitely falls into this pattern of growth. That said, there’s something innocent and brutally honest about this album that was missing on Gang of Losers. Just a journey, like life, choosing a path and trying along the way to stay true to who you are.”

As for her best advice to festivalgoers, Yanchak suggested planning ahead, but leaving room for spontaneity. “Festivals are always about heading out to see one thing, bumping randomly into people and ending up somewhere else. Also don’t just go see all the familiar bands. It’s always fun to discover something new, so be open to that.” 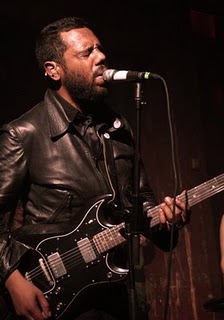 And I have to agree. I discovered the Dears Thursday night and it definitely was a transcendent experience to a genre of music I probably wouldn’t have covered if not for CMJ. So, thank you, CMJ, and thanks to the Dears.

You can read this post originally posted on the CMJ blog here.

Special thanks to Wendy Hu for the amazing photos!