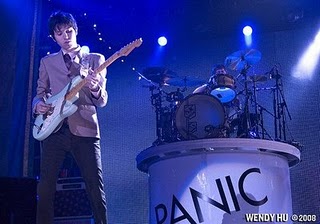 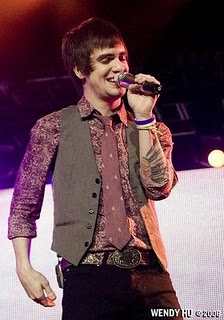 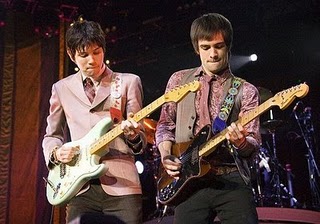 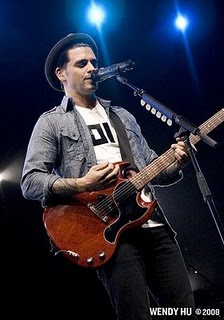 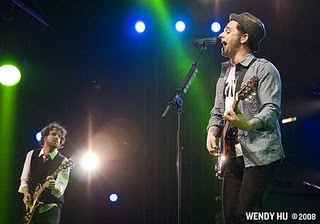 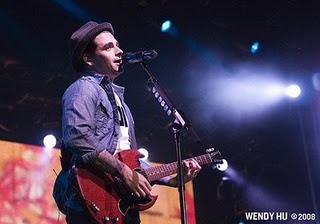 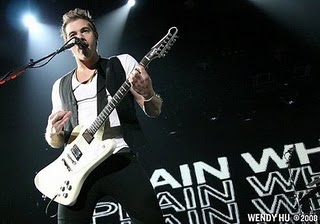 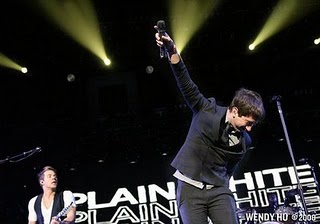 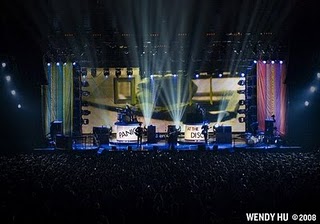 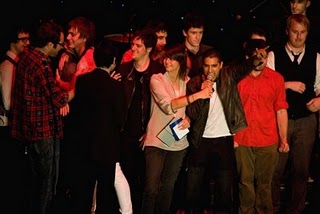 Last week a few friends told me about MTV’s Battle of the Bands contest where five New York-based bands compete at Webster Hall, the winner opening up for the Rock Band Live Tour featuring Panic at the Disco, Dashboard Confessional, Plain White T’s and the Cab, when it hits the Prudential Center in Newark, New Jersey in November. I thought it’d be a cool contest to check out and when I realized Lights Resolve were playing I couldn’t be happier!

I originally met the LR guys back when they were on the Get A Life Tour with The Used, Straylight Run, Army of Me and Street Drum Corps. Since then, I’ve caught and covered a couple of their shows for my blog as well as MTV’s concert blog and interviewed all three LR members. The guys are the nicest, most down to earth people you’ll ever meet and deserve all the success that has come to them.

The show started at 8 p.m. as MTV’s Kim Stolz announced the guest judges — Ryan Ross of Panic at the Disco, Chris Carrabba of Dashboard Confessional and rock writer James Montgomery from MTV News. Brendon Urie of Panic showed up late but shared his comments with each band. Each of the five bands took the stage for approximately 15 minutes, performing three songs. First up was Testing for Echo a five-piece Long Island-based band. A bit slow starting off, by their third song their energy emerged as the guitarists could be seen jumping around the stage.

The Canon Logic was up next and had strong stage presence. Quite possibly the most versatile act of the night, each song played sounded completely different than the previous. Whether it was the band unpredictably slowing down a song only to pick it right back up or their frontman suddenly dropping from his regular singing range to a deep tenor, The Canon Logic’s confidence exuded throughout their set.

Status Green had, no doubt, a fun set. When introduced, Stolz said their sound is inspired by music from the 1960s and when listening closely to their MySpace, you can hear this. Their ability to switch up their set between slower ballads to more upbeat, rockin’ songs is what makes them a great band. Despite not coming out the winner of the night, I wouldn’t be surprised to hear more from Status Green in the future as they had most in the crowd clapping along throughout their set. 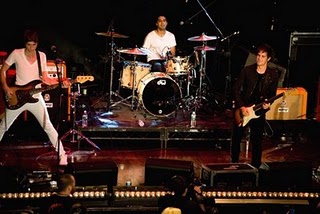 Okay, you already know I am somewhat biased attending the show and rooting for Lights Resolve, so I’m just going to tell you this flat out before writing up my review of their performance. I know when studying journalism they teach us “objectivity,” but having seen the progression of Lights Resolve throughout many of their performances this year, I’ve become a fan and feel like a proud parent seeing how much their child has grown over the past few months. I know, silly. But Lights Resolve rocked Webster Hall and you don’t have to listen to my praise of them, their fans were singing along word for word and even those who didn’t come to see them were waving their hands in the air and clapping along.

Lights Resolve started off their set with “The Hills and Michael Jackson” — a catchy number that has their countless “whoa-ho’s” stuck in your head long after the song is over. “Lost and Jaded” was next up, a darker song but demonstrating that they can switch up the set and still stay interesting. For a three-piece band, Lights Resolve can hold their own. Poppy tune, “Another Five Days” ended the show and performances of the night to a venue of screams and applause. 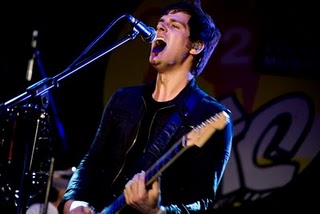 After a long deliberation, all five bands and judges entered the stage to which Lights Resolve was declared the winner and opening act of the November 2 tour date. Chris Carrabba said they made his night while Ryan Ross said they “rocked harder than any other band” to which James Montgomery exclaimed, “Holy shit that was good, everything I like about rock.”

You can catch Lights Resolve opening up the Rock Band Live Tour November 2, in Newark, New Jersey, but if you can’t make that show be sure to check out their MySpace for more dates.

Special thanks to SantiagoFelipe.com for the awesome pictures of Monday night’s show!