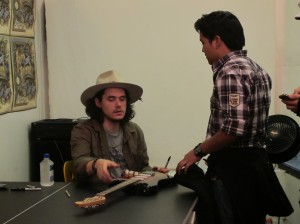 Despite torrential downpour, many camped out overnight for the chance to meet the singer at the grand opening of his pop-up store in celebration of his new album. By 7 p.m. hundreds of fans lined the sidewalk for his autograph signing.

The Born and Raised pop-up store exhibit included seven photographs taken by Gari Lamar Askew II from two shoots including the Born and Raised recording sessions and a road trip with Mayer along the Pacific Coast Highway. Having worked with Mayer since 2007, Askew explained the concept behind the shoot. 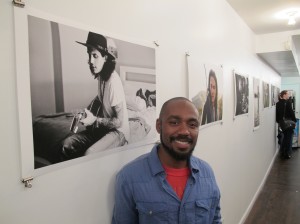 “He told me he wanted it to be iconic. There was a time in life within music when it was more about the subject and the moment. He said, ‘I just want me and you to go and it to be a journey. You to capture me as if I was on a road trip by myself.’”