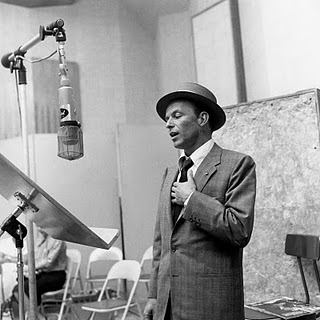 After reading an article on Frank Sinatra today, I opted to make it Hoboken Week on the blog. Born in Hoboken in 1915, Sinatra began singing in public during the 1930s and continued performing until 1995.

Currently, Martin Scorsese has plans to film a biopic about ol’ blue eyes. While the film is still in talks, Scorsese’s first choice to play Sinatra is Al Pacino. Sinatra’s daughter, Tina, said she favors George Clooney in the lead while Leonardo DiCaprio’s name also came up. What are your thoughts? Who would you want to play Sinatra? For the complete Guardian article, click here.

Rather than provide a complete biography, I’ll post some Sinatra classics below. Which song is your favorite?

“Fly Me to the Moon”