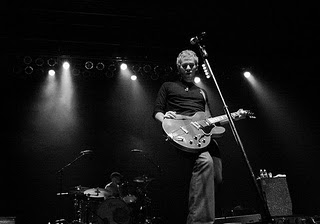 Shortly after 10 p.m. Tuesday night Roseland Ballroom went dark and the crowd grew silent for mere seconds before screams erupted throughout the venue. The screams only grew louder as Lifehouse took the stage, playing the first chord of “Make Me Over.” As frontman Jason Wade leaned closer into the audience you could see his energy leap into the crowd as hands were thrown in the air and fans sang along to every word of the song. 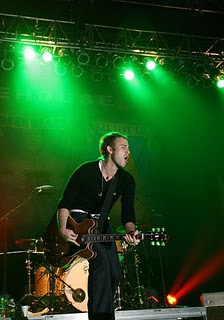 Lifehouse’s 75-minute, 15-song set was full of nonstop energy. While most of the set included songs from their latest album, Who We Are, they also played some of their earlier work and radio hits, such as crowd favorite “Hanging by a Moment.”

The night featured solid guitar and drum features that accented Wade’s vocals well while each song blended right into the next, leaving no awkward pauses throughout their set. “Make Me Over” quickly transitioned right into “Spin,” which had a strong instrumental part towards the end of the song. After “Spin” the stage went dark before Wade came out, screaming “New York City!” then telling the crowd, “We’re gonna play some new songs and some old songs for you tonight” as a spotlight shown on him. 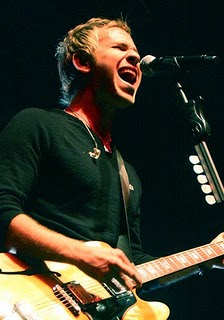 Next up was “Simon,” from their first album, No Name Face. “Simon” slowed down the night for a bit, but was an obvious old crowd favorite and screams were heard when Wade started singing the first verse. No matter how many times Lifehouse must have played “Hanging by a Moment” over the past few years, it still gets the most screams of any song played during their set. Literally every person around me was singing along, and I’m pretty sure that included at least 95% of the venue as well.

Wade started off “Storm” alone on vocals, as his voice echoed throughout the venue singing, “If I could just see you/Everything would be all right/If I’d see you/This darkness would turn to light/And I will walk on water/And you will catch me if I fall/And I will get lost into your eyes/I know everything will be alright/I know everything is alright” before he began playing acoustic guitar. Definitely a vocally driven song, his rendition of “Storm” live surpassed listening to it on their album. 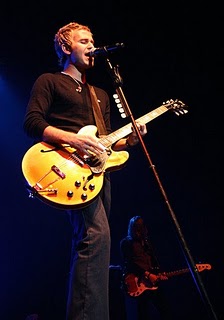 The remainder of their set included the radio hit “You and Me” as well as “Disarray” and an encore performance of “The First Time” and high-energy closer “Broken.” Four albums and many tours later, Lifehouse proved to the crowd they still have the same energy as when they first began. 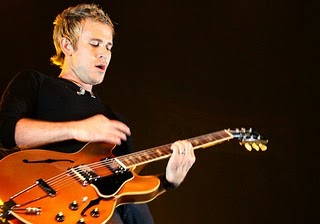 Matt Nathanson and HoneyHoney opened the night. HoneyHoney are a bit folk-sounding, with violin accompaniment. Their vocals were strong and they definitely had a solid collection of songs.

Matt Nathanson had a crowd-pleasing and comical set, with many in attendance singing along to his songs as well as Rick Springfield and Journey covers. First song of the night “Car Crash” seemed to be a crowd favorite, along with another song of his, of which he told the audience, “I like to think it’s a sequel to ‘Jessie’s Girl’ ” — a song that he soon after covered quite well. The prelude to his last song of the evening was Journey’s “Don’t Stop Believing” (with a dead-on guitar riff) to get the audience energized and singing along to his closer, “Answering Machine.” 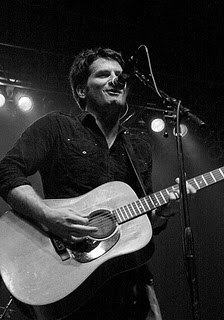 While the name of singer/songwriter Colbie Caillat may sound unfamiliar to some, it won’t be for too much longer. Caillat, who released her debut album, Coco in July, is certainly turning ears. With a calming voice that puts her in the category of singers like Norah Jones, Alicia Keys and Jack Johnson, Caillat is sure to be around for quite some time.

After touring with the Goo Goo Dolls and Lifehouse this summer and her first single, “Bubbly” getting radio play, it’s hard to believe that her major break was through MySpace. Caillat became the number one unsigned artist on MySpace for four consecutive months, having almost 10 million plays.

Perhaps what’s most enjoyable about her style of music is its realness. Her lyrics are simple, but authentic. Coco has a flow to it that many albums these days lack. She is one artist you can keep on repeat throughout the day and never get tired of. The first song on her album, “Oxygen,” represents a certain blend and flow that her entire album encompasses. The light piano and guitar sound accentuate her soft vocals throughout the song. Each track sounds so gentle, as if she is singing so naturally and effortlessly.

In an industry where lip-syncing is talked about more than genuinely good music, Colbie Caillat is truly a breath of fresh air. Songs like “Oxygen” and “The Little Things” embody optimism and romantic hopefulness. Colbie sings in “The Little Things,” “The little things, you do to me are/taking me over, I wanna show ya/everything inside of me/like a nervous heart that, is crazy beating/my feet are stuck here, against the pavement/I wanna break free, I wanna make it/closer to your eyes, get your attention/before you pass me by.”

While current single, “Bubbly” is starting to make waves on the radio with its slow, catchy chorus, another track, “Tailor Made,” is a more upbeat song that tells a story of a sister who has fell in love and is confused with the uncertainty of mixed emotions she’s feeling. Track 11 on her album, “Tied Down,” has a different sound than most of the album. Having almost a funky beat, this song is reminiscent to Jack Johnson’s style of music, but very well done. Overall, Coco embodies a great concept for a debut album. I look forward to seeing where Caillat ends up in the future.

Check out her music video, “Bubbly” on YouTube. http://www.youtube.com/watch?v=2PWfB4lurT4

Or visit her on MySpace.
http://www.myspace.com/colbiecaillat