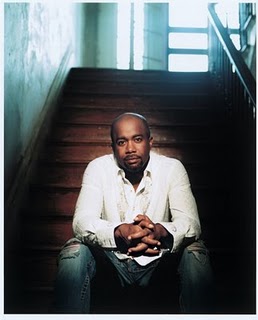 He’s known by many as the former frontman of Grammy-winning group Hootie & The Blowfish and now Darius Rucker is making a wave on country radio. Rucker’s debut country album, Learn To Live, landed No. 1 on the Billboard charts and his first two singles off that album are receiving just as much success — including most recent “It Won’t Be Like This For Long” landing atop all three country singles charts.
What perhaps is most surprising about Rucker’s music is the natural transition from his former pop songs to country music. You can feel his honest emotion on heartfelt, bittersweet song “Don’t Think I Don’t Think About It.” With moving string and guitar interludes, the listener can picture a failed relationship and the resulting regrets drowned in whiskey.
Of his transition into the country genre, Rucker has said, “So many people in pop try to write all these psychedelic crazy lyrics, and I’m sure I’ve been part of that — but that’s something you don’t find in country music. The thing I like most about country songs is that they keep it simple. I love that, and I love the melodies.”
And his melodies are what keeps the listener coming back. With haunting tales about relationships and the joys of having kids, Rucker’s release Learn To Live takes the listener on a journey. Moving ballad, “It Won’t Be Like This For Long” tells the story of a father watching his daughter grow up; taking her to pre-school while realizing soon enough he’ll be giving her away at the alter. “Alright” is more upbeat, as Ruckur sings, “‘Cause I got a roof over my head/The woman I love layin’ in my bed/And it’s alright, alright/I got shoes under my feet/Forever in the aisle staring back at me/And it’s alright, alright/Yeah,I’ve got all I need/And it’s alright for me.”
For more on Darius Rucker, be sure to check him out on MySpace and catch a show while he’s in town. Currently on tour with Rascal Flatts, it’s definitely a show worth checking out.