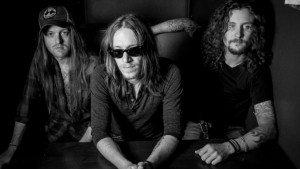 I was fortunate to interview country singer Frankie Ballard twice this year. The first time, we sat down and discussed his sophomore album Sunshine & Whiskey at our CBS office in New York where he told me how he felt the first time he heard what would become his first No. 1 single, “Helluva Life.”

“The first time I ever heard ‘Helluva Life,’ it really moved me because it’s very parallel with the journey I’ve been on,” he told me. On the chorus of the song Ballard sings, “The bad times make the good times better,” and he says those lyrics sum up his musical journey.

“Helluva Life” has become an anthem for many country fans too, which doesn’t surprise Ballard.

“I knew that it would be that way for a lot of people,” Ballard explained. “No matter what they are trying to achieve on their journey in life, it’s important to remember that those struggles, and the good times as well, everything together is what makes your life what it is. That statement of saying, ‘Man, it’s a helluva life,’ it just evokes some hope. It’s a coping mechanism for some people.”

Ballard spent the past two years working on the follow-up to his debut and has enjoyed watching the success “Helluva Life” has brought. It has in a way given him a second chance in music.

I wound up interviewing him again at the ACM Awards in Las Vegas and asked him how he celebrated when that same song went to No. 1. His answer: he bought a Manuel suit, tailored by the same man who created so many famous country outfits, including Johnny Cash‘s all-black suits and Elvis Presley‘s signature gold lamé suit.

“I had it made because I wanted to do something to commemorate having my first-ever No. 1 song, treat myself a little bit,” he told me. “I always wanted one of these. It’s a Native American theme. It has a big chief on the back and I thought, ‘Where are you going to wear this?’ Las Vegas was the first thing that came to mind.” 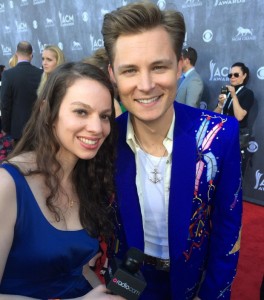