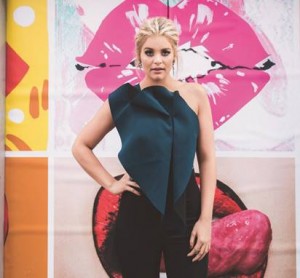 Congratulations is in order for Lauren Alaina, who was revealed as an ACM Awards winner today. The singer received a phone call from Reba McEntire, who let Alaina know that she has been named the 2018 New Female Vocalist of the Year.

The career-defining moment had the “Doin’ Fine” singer in tears and speechless. She even got McEntire teary eyed! Watch the sweet moment below.

Over the weekend @Reba called the ACM New Artist of the Year winners to let them know they had won! Let’s just say our New Female Vocalist of the Year had us all in tears. Congrats @Lauren_Alaina! #ACMawards pic.twitter.com/q0DN9jJuje

This is Alaina’s first-ever ACM Award. She is also nominated for Vocal Event of the Year for “What Ifs,” a collaboration with Kane Brown. The 53rd Annual ACM Awards air live from the MGM Grand Garden Arena in Las Vegas on Sunday, April 15 at 8pm ET on CBS.

The singer released her sophomore album, Road Less Traveled, last year and it became the top-streamed female country release of 2017. Songs like powerful anthem “Road Less Traveled,” which also became her first No. 1 hit, showcase the singer’s memorable vocals and her skills as a songwriter.

Meanwhile, her latest single, “Doin’ Fine,” has Alaina revealing her vulnerabilities to listeners. As a result, the poignant song strikes a chord. Alaina is set to perform on the ACM Awards on April 15, allowing viewers to get to hear the New Female Vocalist of the Year live from Sin City.