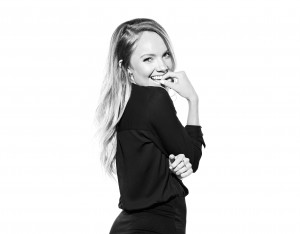 One of my favorite albums released in 2017 was Danielle Bradbery’s I Don’t Believe We’ve Met. The singer penned seven of the project’s 10 tracks for a vulnerable and honest release.

I chatted with Bradbery for Billboard last November and she filled me in on overcoming her shyness in the writing room and shared some of the stories behind the songs on the album. One of the LP’s standout tracks is “Worth It,” which Bradbery said reflected her insecurities about her career within the music industry. She co-wrote the song with Jeff Pardo and Molly Reed and during their writing session she was venting to them.

“I wasn’t playing many shows and I was just in Nashville writing. I would get anxious in those moments because you’re so used to being on a tour and in a routine,” she explains. “I would get frustrated and I’d feel like that’s a natural feeling when you’re not sure how the next album is going to be or if it’s going to go smoothly. I was like, ‘It’s been so long. I’m afraid of the fans not holding on long enough.’ Or, ‘I’m going to put out something and it’s not going to do well.’ There was a lot going on in my head and sometimes I didn’t feel worth it and that’s where it led to. They said, ‘Let’s put a little bit in this and make it sound like a relationship, make it sound like it could be anything.'”

Another striking song is “Potential,” which Bradbery said helped her shape the album. A raw and emotional track showcasing real feelings, she shares that she wanted the remaining nine tracks to paint a similar picture of vulnerability as heard throughout “Potential.” The idea for the song came from co-writer Emily Weisband, who threw out the concept of being in love with somebody’s potential. As Johan Lindbrandt started playing the piano, the song quickly formed.

Learn more about the concept behind Danielle Bradbery’s latest album on Billboard.